Decentralized finance has attracted much interest from all corners of the world in recent months. 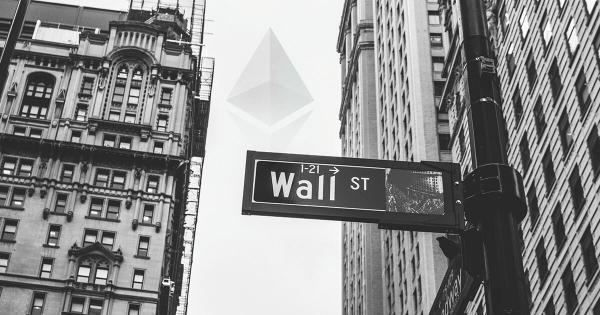 Decentralized finance has attracted much interest from all corners of the world in recent months. This is for good reason: coins pertaining to this space — such as Chainlink, Synthetix Network Token, and THORChain — have literally gone parabolic in some cases while the value of tokens locked in this sphere has shot up.

As reported by CryptoSlate previously, DeFi now contains over 4.2 million ETH and over $4.2 billion worth of locked value.

Much of this interest, as aforementioned, has accrued in the value of DeFi tokens such as the ones aforementioned. But according to a fund manager in the space who has contacts interested in the ongoing Ethereum narratives, ETH is getting some bid as well from institutional investors entering the crypto space.

Ethereum may be getting a bid from institutions interested in DeFi

DeFi has been quite a popular topic in recent weeks. Raoul Pal gave it his stamp of approval, Bloomberg released a whole guide on it, and even members of the exclusive investment club have begun discussing it.

According to the head of DTC Capital, Spencer Noon, this interest from the mainstream in DeFi is primarily materializing in investments in ETH, not in actual “yield farming” operations or DeFi coins themselves:

My read on #DeFi after speaking with instl investors, fund mgrs, OTC desks, and FOs over the last few wks:

The herd is coming. They’re excited about DeFi but new to it, so they’re buying $ETH first. Once positions are set, I expect them to move up the risk spectrum to protocols.

Noon does think, though, that investors with exposure to Ethereum but an interest in DeFi will eventually “move up the risk spectrum” to tokens once they are more comfortable with industry concepts and protocol.

Although ETH may be a beneficiary of the ongoing DeFi craze, it’s still early days for the asset’s foray into being an addition to the portfolio of institutions and professional fund managers.

Fidelity Investments released results to a survey about institutions in crypto that the company conducted in association with a partner. The survey found that 11 percent of respondents — which were made up of institutional investors based in the U.S. and Europe — have some exposure to Ethereum. This can be compared to the “more than 25 percent” of respondents that own Bitcoin.

This is not exactly surprising, though, considering that there is currently no mainstream vehicle for institutions to gain exposure to Ethereum.

The CME has purportedly been readying for Ethereum futures, though there has been no word on that recently.