Indian government to enforce tough crypto tax rules, is this a sign of things to come worldwide?

A 30% tax on crypto income with no offsetting has investors up in arms. Moreover, similar tax treatment could be rolled out globally in the near future. 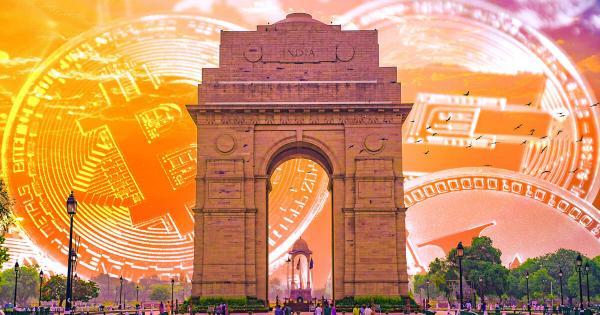 During the budget session, India’s Finance Minister Nirmala Sitharman announced crypto income will be taxed at 30%, along with a string of strict conditions.

India has been back on forth regarding the legal status of digital assets since the Reserve Bank of India ban in April 2018. This was later overturned by a Supreme Court ruling in March 2020, which deemed the ban unconstitutional.

Nonetheless, Indian cryptocurrency users have been left in the dark regarding the government’s intentions since then.

Although not explicitly stated, taxing cryptocurrency legitimizes its use in India. The founder of Wazirx exchange Nischal Shetty called it “Yet another step towards positive crypto regulations.”

But social media reactions to the news paints a different story.

India makes a u-turn on crypto

Cryptocurrency in India has been in a limbo state due to the government’s inability to manage the issue properly.

Despite the Supreme Court’s overruling of the ban, the government still attempted to push through anti-crypto legislation, which proposed criminalizing possession, issuance, mining, trading, and transferring crypto-assets.

The resultant backlash saw Sitharman respond by saying she has no intention of “shutting off all options” while saying “experiments” are acceptable. The vague use of language only added to the confusion.

Almost a year on, and given that Sitharman now wants to impose cryptocurrency taxation, it’s safe to assume India will not criminalize digital assets.

It’s not all good news

During her parliamentary address, Sitharman acknowledged the “phenomenal” rise in crypto trading volume. As such, “the magnitude and frequency of these transactions” makes it necessary to implement a specific tax regime.

Sitharman said crypto income will be taxed at 30%, with no deductions allowed. Moreover, losses cannot be set off against any other income, and an additional tax of 1% is payable on all transactions.

“I propose to provide that any income from transfer of any virtual digital asset shall be taxed at the rate of 30%. No deduction in respect of any expenditure or allowance shall be allowed while computing such income, except cost of acquisition.”

In response, former Indian Finance Minister Subhash Chandra Garg said the “party seems to be over for crypto assets and exchanges.” Nonetheless, as Shetty mentioned, the bigger picture is that digital assets are now recognized in India.

Last week, the U.S Biden administration said it is analyzing crypto with the intent to develop a regulatory framework.

Some predict the outcome of this analysis will see punitive measures put in place, including high taxes, to negate any advantages of holding digital assets.