Biden’s coming for your crypto, stricter rules, and higher taxes on the way?

The U.S government may be planning to bring the hammer down on the cryptocurrency sector. But doing so will result in an own goal of epic proportions. 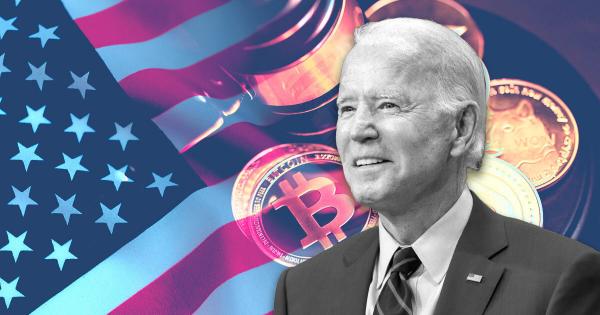 Last week, under a “national security memorandum,” the Biden administration said it would analyze crypto with the intent to build a regulatory framework.

The threat of stricter crypto regulation is nothing new. But this time, given the heightened priority of central bank digital currencies (CBDCs), some say incoming regulation provides the ideal backdrop to take down the decentralized opposition.

With that in mind, what are the prospects of regulatory overreach and bigger tax bills for the crypto crowd?

A crypto framework is long overdue, but…

Whether you agree with regulation or not, more rules are on the way. And from the perspective of subduing the “Crypto Wild West,” there is a strong argument that this is necessary to limit the influence of bad actors.

At the same time, if there’s one thing the health crisis has revealed, it’s that there’s more bubbling under the surface than publically shown.

This leads some to ponder the possibility that authorities are hellbent on killing crypto. After all, why is the International Monetary Fund (IMF) so concerned about Bitcoin’s status as legal tender in El Salvador?

“… there are large risks associated with the use of bitcoin on financial stability, financial integrity, and consumer protection, as well as the associated fiscal contingent liabilities.”

However, freethinkers would say Bitcoin poses a threat to the IMF’s stranglehold on developing nations through debt.

Extending this argument further, does crypto pose a threat to the central bank’s monopoly of money? If so, one way to strike back is through regulatory overreach and unreasonable tax liabilities.

What’s the driving force behind this?

Officially, the Fed has been somewhat reticent on where it stands with a CBDC. Two weeks ago, it released a study exploring the pros and cons of a digital dollar. But crucially, the report took “no position” on the matter of rolling it out.

Meanwhile, Bank of America strategists say a digital dollar is “an inevitable evolution of today’s electronic currencies.” They expect it to arrive between 2025 and 2030.

According to Forbes, with a new banking model in mind, it makes sense to crush the opposition by legislating away any benefits to holding digital assets.

“If the U.S. or any government wanted to punish Bitcoin in favor of its own digital dollar, one way to go about it would be to increase taxation on crypto investments.”

As Vladimir Signorelli, the President of Bretton Woods Research, said, the threat is all the more credible considering Biden’s characterization of the issue as a national security matter.

“What the administration would do is crack down on Coinbase and others and use regulations to make it so onerous for the exchanges, especially if Biden is going to call it a matter of national security.”

One thing the Biden administration should know, or for that matter, any government with similar plans, capital, innovation, and people will go where they are treated best.