Hong Kong is tightening its regulatory grip on cryptocurrency exchanges and related businesses by bringing them under the purview of the Securities and Futures Commission (SFC), as reported by Asia Nikkei Review on December 17. 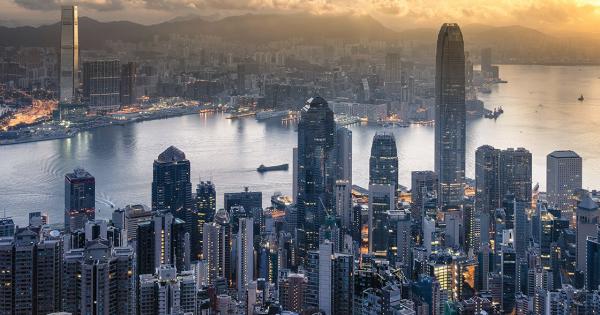 Hong Kong is tightening its regulatory grip on cryptocurrency exchanges and related businesses by bringing them under the purview of the Securities and Futures Commission (SFC), as reported by Asia Nikkei Review on Dec. 17.

While part of Chinese territory, Hong Kong follow a different judicial approach to the Mainland. The treatment has resulted in hundreds of token issuances, exchanges, and other crypto-related businesses setting-up shop in the city-state.

The move is contrary to Hong Kong’s famed free-market approach towards businesses. Traditionally, entrepreneurs are provided with a lenient operational environment and a legal framework that eliminates excessive government inference. However, growing concerns over fraud, money laundering, and a general lack of regulatory oversight have prompted the regulatory authorities to establish greater oversight over digital assets in the region.

Hong Kong established a fintech “sandbox” in November to evaluate the effect of virtual currency businesses operating in the city, and consequently, the SFC determined that greater oversight was needed.

In October, after the sandbox assessment, the SFC passed a guideline stating all investment funds with more than 10 percent of their assets under management in cryptocurrencies and token-centric businesses must obtain a license. Furthermore, these services are strictly limited to accredited investors.

The regulator’s move is not uncalled for; in February 2018, the SFC sent stern warning letters to seven local crypto-exchanges after allegations of market manipulation and misappropriation of assets were voiced by customers. Not only that, in some cases investors were unable to withdraw both fiat and cryptocurrencies.

Global Regulation on the Rise?

As a financial center with proximity to China, access to the Far Eastern market, and liberal taxation policies, Hong Kong’s actions reflect both its reputation in the global markets and the moves of leading economies in the world.

In general, most countries look to regulate the sector. By devising ways to tax crypto activity and contain it within a legal framework, then it is possible to use the burgeoning industry to benefit the local economy. In September, the European Union proposed a set of common regulations to govern the trading and distribution of cryptocurrencies in the region, calling for “stricter disclosure” of operational mechanisms and business verticals.

Similarly, Taiwan and Japan have formulated their own financial laws and regulations to govern digital currencies and ICO-issuances in the Far East, while Mexico is proposing a set of crypto-specific regulations to fuel economic growth in the area.

Daisuke Yasaku of the Daiwa Institute of Research believes Hong Kong is taking essential preventive steps. Measures like daily withdrawal limits and mandatory identity verification for transactions are crucial starting points. Yasaku further notes exchanges should be transparent with their business models and revenue streams while cooperating with the SFC on monitoring and inspection.

Meanwhile, Timothy Loh, a local lawyer, thinks the higher barrier to enter may deter crypto-businesses from setting up shop altogether in Hong Kong, leaving institutional investors waiting on the sidelines.