Around $7 million worth of ETH has been withdrawn from an address associated with the HEX cryptocurrency after weeks of speculation that it was headed towards an exit scam. 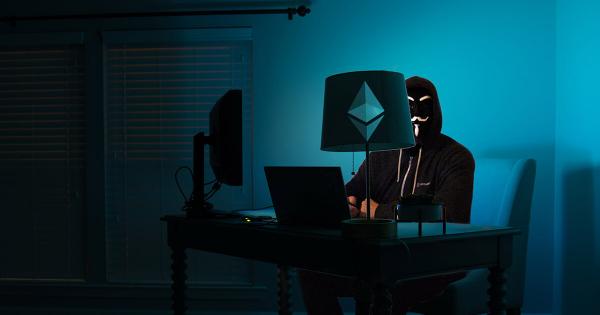 Around $7 million worth of ETH has been withdrawn from an address associated with the HEX cryptocurrency after weeks of speculation that it was headed towards an exit scam. The funds were transferred on Jan. 6 through 36 separate transactions, with each one withdrawing exactly 1,337 ETH, worth around $192,500.

HEX, one of the most notorious cryptocurrency projects in the industry, seems to be going through a textbook exit dump. What began as rumors and hearsay on Reddit just a couple of weeks ago has now turned into cold hard evidence.

According to data from Ethereum blockchain explorer Etherscan.io, the main address associated with HEX has been almost completely emptied out. There were 36 outgoing transactions from the address on Jan. 6, each one transferring exactly 1,337 ETH from the address. With Ethereum’s price hovering around $144 at press time, that makes each of the 36 outgoing transactions worth over $192,500.

Transaction details about one of the 36 times 1,337 ETH was withdrawn from HEX address

And now, with almost $7 million worth of ETH gone from the address, it’s beginning to look a lot like the exit scam HEX investors have been warned about weeks ago. None of the transactions went out to the same address, meaning that all of the tokens people have invested in HEX have been scattered around.

Few cryptocurrency projects have managed to gain the notoriety HEX has. Just over one month old, the cryptocurrency seems to be equally as hated as other, much bigger scams such as BitConnect or OneCoin.

According to CoinGecko, HEX is down 93.6 percent from its all-time high.

Launched on Ethereum via a Bitcoin UTXO snapshot on Dec. 2, HEX claimed it can “do over 10,000x returns in under 2.5 years.”

These outlandish claims, including one that HEX is “designed to increase in value faster than anything else in history,” all came from Richard Heart. Heart, who calls himself a blockchain thought leader, managed to attract a lot of attention, receiving over 33,000 ETH in investment.

However, investments in HEX looked more like donations to his personal address than a token sale, as all of them were held in a single Ethereum address Heart claimed was impossible to access.

Then, from Dec. 12 to Dec. 23, more than $115,000 worth of ETH was withdrawn from the address, leading many to suspect that it was the beginning of an exit scam. While most publications avoided calling the incident an exit scam, the overwhelming sentiment among the crypto community was that it was, without a doubt, a rip-off.

With the address holding all the tokens invested in HEX now almost completely empty and the HEX team remaining silent on the issue, it may be safe to assume the notorious project is in its final throes.