Handshake, a Proof-of-Work DNS protocol spearheaded by the co-creator of Bitcoin’s Lightning Network, has launched its mainnet in its bid to decentralize trusted Certificate Authorities and replace authoritative bodies like ICANN that govern top-level domains (TLDs) like “ dot com” and “.org.” The project has maintained a low profile since debuting in August 2018, when news broke […] 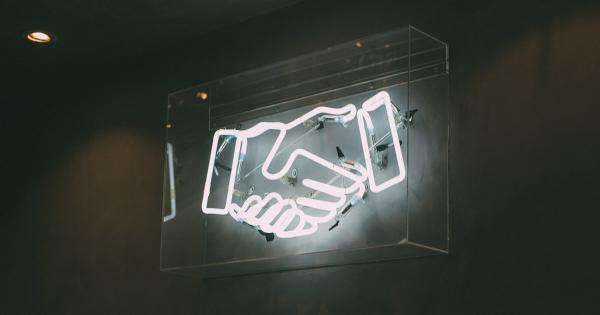 Handshake, a Proof-of-Work DNS protocol spearheaded by the co-creator of Bitcoin’s Lightning Network, has launched its mainnet in its bid to decentralize trusted Certificate Authorities and replace authoritative bodies like ICANN that govern top-level domains (TLDs) like “.com” and “.org.”

At the same time, Namebase, a domain registrar, cloud wallet, and exchange for Handshake also backed by a16z Crypto, launched its exchange services for Handshake token (HNS). Namebase users will eventually be able to purchase domains on Handshake and use email-style crypto addresses to send and receive Bitcoin and other tokens in a vein similar to Ethereum-based Unstoppable Domains, who recently added support for MyEtherWallet.

Users will also be able to bid on Namebase for unique TLDs like “.guy” using the HNS token, and then earn HNS whenever someone registers a sub-domain to that TLD.

The first $HNS trade ever just filled on https://t.co/PmJ3qNEeUl! Sign up for our waitlist to get an invite to join later today. https://t.co/ntuRaloLFl

The Handshake blockchain is now minable for its native HNS tokens, however, transactions and full functionality will not be enabled until February 17. At the same time, the protocol will disperse $115 million worth of HNS (85 percent of the supply) to open-source developers in a long-planned decentralized airdrop.

Pitched by Handshake lead developer Joseph Poon as a challenge to the standard initial coin offering (ICO) model, the airdrop will distribute tokens to users with eligible accounts on GitHub, Hackerbase, or PGP keys in the PGP Web of Trust Strongset.

In practice, internet users can now configure their browsers to lookup IP addresses on the public Handshake blockchain instead of on traditional centralized infrastructure—the top 100,00 websites by Alexa ranking have already been allocated domain names on Handshake.

Mine Handshake on the Coinmine

Handshake will be available to mine on the consumer-friendly Coinmine One. Coinmine CEO Farbood Nivi told CryptoSlate why Handshake is important:

“Coinmine’s mission is to make it easy for everyone to be there at the start of new and promising tokens like Handshake. That’s when you can earn the most of the token. Handshake’s mission is to make the web more free and powered by the people. We’re excited to be able to make that available to non-technical people who will be able to earn Handshake tokens with their Coinmine One with a tap in the Coinmine app. We think this is great for the average person who can for the first time be a part of exciting cryptocurrencies when they first launch, but it’s also exciting for networks like Handshake because we’ll help Handshake get into the hands of thousands of people all over the world in just the first few days. Those people will in turn help educate more people about Handshake.”

Handshake is a decentralized, permissionless naming protocol compatible with DNS where every peer is validating and in charge of managing the root zone with the goal of creating an alternative to existing certificate authorities. Learn more

Joseph Poon is the co-founder of Lightning Labs, which is implementing the Lightning Network White Paper Poon wrote to solve limitations in the Bitcoin blockchain. Learn More