The company behind cryptocurrency Chia has raised $61 million via a Series D funding round led by Andreessen Horowitz and Richmond Global Ventures. 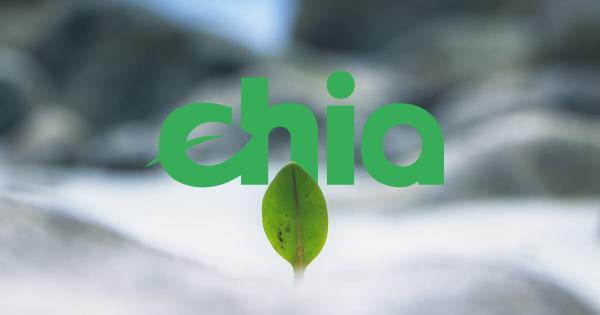 Per the report, the company, which was founded by BitTorrent creator Bram Cohan, was valued at around $500 million during the funding round. Other participants included Breyer Capital, Slow Ventures, True Ventures, Cygni Capital, Naval Ravikant, Collab+Currency, and DHVC.

“Chia is what Bitcoin would look like if it was designed with knowledge from the last 13 years,” noted Richmond Global Ventures managing partner David Frazee.

Notably, he also personally invested in Chia in 2018 and will now join the company’s board. Frazee also added that Chia is a user-friendly and “auditable, secure and regulatorily compliant” coin.

Back to home mining

As CryptoSlate previously reported, Chia officially launched in early May when the coin became available for trading. The developers are touting it as the simplest crypto for an average user to mine and deal in as well as an eco-friendly asset.

Chia is based on the so-called “proofs of space and time” consensus algorithm alternative to widely used proof-of-work (PoW) and proof-of-stake (PoS) and doesn’t require extensive amounts of electricity, high-end hardware, or substantial caches of itself (for staking) for users to procure it.

IPO on the horizon

According to him, the latest funding round will provide additional “rocket fuel” for the project to hire new staff and accelerate its goal of becoming a trading and payments system recognized by governments, banks, and other institutions.

At the same time, Chia Network aims to go public via a traditional initial public offering by the end of 2021, Hoffman added.

“Our goal has always been to go public relatively quickly as that will significantly clarify our regulatory environment and allow customers to use the currency to hedge public market volatility, which is different from other coins,” he concluded.

Chia Network was incorporated in August of 2017 to develop an improved blockchain and smart transaction platform. Learn more