Cardano (ADA) just got added to this major institutional fund

Grayscale Investments has reduced the share of Bitcoin and added Cardano to its Digital Large Cap Fund as part of its quarterly rebalancing. 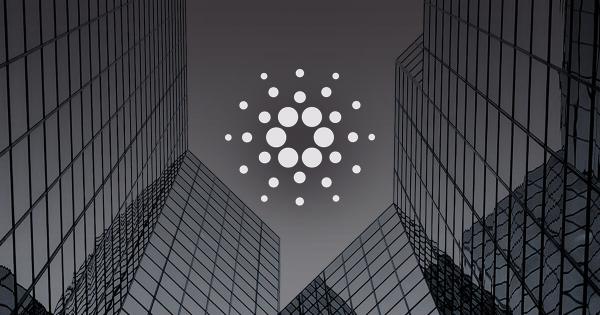 “Welcome aboard, Cardano. We have adjusted the portfolio of Grayscale Digital Large Cap Fund to now include ADA,” the company tweeted.

Welcome aboard, #Cardano. We have adjusted the portfolio of Grayscale Digital Large Cap Fund to now include $ADA.

According to the company’s latest report, Grayscale has sold certain “existing fund components”—other digital assets—and bought ADA instead. Namely, the firm has reduced the share of Bitcoin (BTC) in its Digital Large Cap Fund from 79.8% to 67.47%. At the same time, Ethereum’s (ETH) share in the fund’s holdings has been increased from 17,5% to 25,39%.

With the introduction of Cardano, ADA now accounts for 4.26%, making it the fund’s third-largest crypto holding after BTC and ETH. As CryptoSlate reported, Grayscale similarly announced the addition of Chainlink (LINK) to its Digital Large Cap Fund in early April.

According to Grayscale’s report published on July 2, the company currently has $29.8 billion worth of digital assets under its management.

07/02/21 UPDATE: Net Assets Under Management, Holdings per Share, and Market Price per Share for our Investment Products.

The company’s Bitcoin Trust accounts for the lion’s share of this figure with $21.7 billion worth of BTC. It is followed by the Ethereum Trust which comprises roughly $6.57 billion in ETH. In its turn, the Digital Large Cap Fund currently holds about $349 million worth of various cryptocurrencies.

Meanwhile, it doesn’t look like Grayscale’s announcement had any major impact on Cardano’s price. At press time, ADA was trading at around $1.42, up 5.3% on the day, according to crypto metrics platform CoinGecko.

Notably, ADA is currently locked in a battle for the title of the fourth largest crypto with Binance Coin (BNB). Both assets have somewhat similar market capitalization—$45.69 billion BNB versus $45.63 billion ADA—and are constantly switching between 4th and 5th places.

At press time, BNB has pulled ahead by a small margin, pushing ADA back to 5th position.