FTX willing to use $2B in cash to bail out crypto industry, stop contagion

FTX is looking to invest to stop the "spread of contagion" across the ecosystem with up to $2B in cash ready to be deployed. 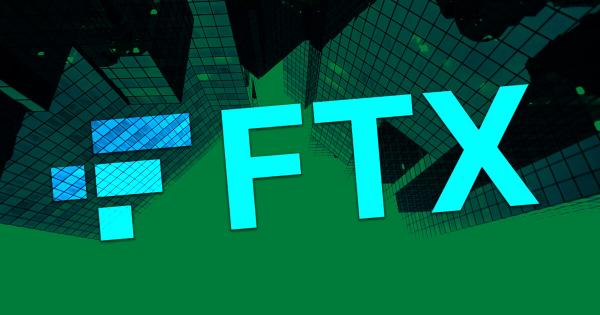 FTX has “enough cash on hand to do a $2 billion deal if necessary” to help support the crypto industry through difficult times, CEO Sam Bankman-Fried told Reuters.

SBF also told CNN that FTX has remained profitable throughout the bear market and should continue to do so.

Regarding the bear market playing out within the crypto industry, SBF agreed with insiders who spoke to CryptoSlate this week.

However, there was an element of surprise from SBF towards the depth to which prices have fallen, saying, “it is a fair bit worse than I would have anticipated,” according to the July 6 report by Reuters.

The next investment for FTX

SBF denied that he is looking into Bitcoin mining companies as he believes it is not an industry that needs support right now as “anyone can come in to fill the hashrate.” An essential criterion for FTX is the need to protect customers by facilitating additional credit due to over-leveraged positions.

In response to a question about FTX acquiring Robinhood, SBF stated, “I don’t think you can ever rule anything out, ” citing synergies between the two exchanges and potential partnerships in the future.

The CEO confirmed a belief that he “may never get it cheaper” about Robinhood’s steep decline in share price. At the time of writing, shares in Robinhood are trading at just $8.68, down from a high of $55. However, he affirmed that there are no “active discussions” at present.

SBF also denied any rumors that FTX was looking to acquire Coinbase while praising the work its rival has done and it being a potentially attractive investment opportunity.

“The key players we’re looking for to extend credit to are ones that have built a good business, customers that need protecting, and we’re trying to stop contagion spreading through the ecosystem.”

In the interview with Reuters, SBF set a marker in the ground, declaring that “if all that mattered was one single event, we could get above a couple billion.”

Voyager, a recent SBF investment, has filed for Chapter 11 bankruptcy. The FTX CEO did not comment on how this could affect the credit agreement he has in place. Voyager still has access to a $125 million and 15,000 Bitcoin loan after drawing down $75 million in the first month.

Unlike many of its  competitors, SBF remarked that FTX has made “money every quarter, we have for a few in a row, and that includes the most recent one.” He continued, “we have been profitable the whole time and intended to remain profitable.”

In relation to how FTX has been able to remain profitable, SBF stated that looking at overspending on marketing is not the core issue. To him, the most critical area where others have failed is “the headcount”, as he believes too many companies in the crypto industry have overstaffed their teams to facilitate high growth.