The amount of Ethereum locked in Decentralized Finance (DeFi) has hit an all-time-high after one of the most explosive months for deposits on record and is now up 22,400 percent since December 2017. 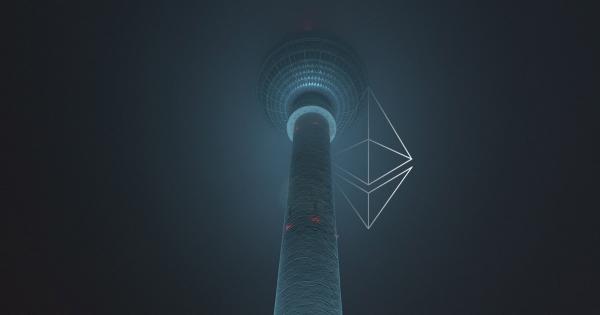 The amount of Ethereum locked in Decentralized Finance (DeFi) has hit an all-time-high after one of the most explosive months for deposits on record and is now up 22,400 percent since December 2017.

More than a million Ether ($146 million) has been deposited into DeFi products in the last four weeks, pushing the total locked up to 4.5 million ETH, according to data from DeFi Pulse.

What’s behind the growth?

MakerDAO, the decentralized credit platform behind DAI, has played a key role in this sharp increase. This platform alone has claimed 500,000 ETH in deposits since mid-November and now holds nearly half of all ETH locked in DeFi.

Deposits on MakerDAO began to surge days after the launch of Multi-Collateral Dai (MCD), a major upgrade expanding the range of accepted types of collateral beyond ETH, and allowing users to generate interest on locked DAI (“Dai Savings Rate”).

Coming in the midst of a market downturn, the growth is highly encouraging for the future of the Ethereum ecosystem. ETH’s usage in DeFi has been anticipated by many analysts as the “killer” usage case for Ethereum and a compelling catalyst for the recovery of ETH’s price.

Last quarter saw immense growth across DeFi, according to the latest quarterly report by credit-focused crypto research firm Graychain. Q3 logged a 1,589 percent hike in the number of new addresses over Q2, as well as a 497 percent increase in the number of loans being issued.

Graychain attributed part of the rapid growth to “marketing efforts” by the long-standing crypto exchange Coinbase,  who announced support for Multi-Collateral Dai just days before its launch.

But Ethereum’s large exposure in the DeFi market may not come without its risks.

On Monday, blockchain developer Micah Zoltu warned of a security vulnerability in MakerDAO that could allow bad actors to misappropriate more than $340 million worth of ETH from Maker, Synthetix, Compound, and any DAI-integrated system.

The Maker Foundation responded in a blog post claiming to have been aware of the issue but said the popularity of Zoltu’s post had increased the chances the vulnerability would be exploited. The foundation has put a solution to vote, however. The proposed fix is a “governance security module” that would give affected parties — including prospective victims of the vulnerability — 24 hours to vote on or veto changes.

Votes are overwhelmingly in favor at the time of press, with 96 percent in favor of allowing the module to be implemented.