Futures contracts of the second largest cryptocurrency, Ethereum, could soon be approved by the CFTC, a senior official at the regulatory body revealed. 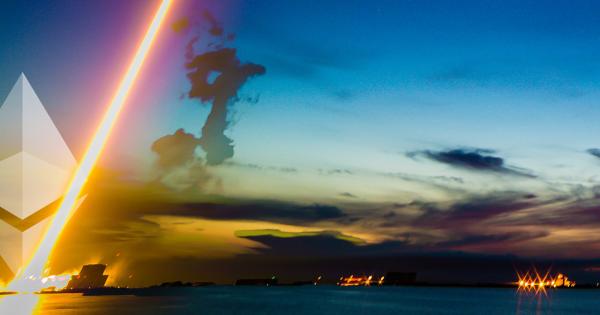 Futures contracts of the second largest cryptocurrency, Ethereum, could soon be approved by the CFTC, a senior official at the regulatory body revealed. The rumors about the contracts triggered a 9.8 percent spike, making ETH one of the best performers of the week.

Futures contracts have long been regarded as the “saviors” of the cryptocurrency market, as they would both legitimize the industry and provide an influx of fresh, institutional investment into the market. When Bitcoin futures were introduced to the market, rumors about ether contracts began circulating, leaving many to wonder when the world’s second-largest digital asset would be available for futures trading.

As reported by CoinDesk, a high-ranking official from the United States Commodity Futures Trading Commission (CFTC) revealed that the regulator is willing to approve an ether futures contract. The main derivatives market regulator approved bitcoin futures markets back in 2017 and is now looking to oversee a similar product for ether, an unnamed source revealed.

The source said that the regulator can get “comfortable” with an ether derivative under their jurisdiction. The source noted that in order for an ether futures contract to be approved, a derivatives exchange would have to come directly to the CFTC and offer a particular product. This is due to the fact that the commission does not do bold pronouncements, but looks at individual applications and products.

Apart from introducing a new derivatives product to the market, approving ether futures would also give the CFTC more authority over the ethereum spot market. In a response to CFTC’s December “Request for Input” (RFI), Thomas Chiapas, the CEO of ErisX, said that a cash-settled futures contract may improve the CFTC’s “ability to properly oversee or monitor the cash market for fraud and manipulation.”

Crypto and blockchain companies weren’t the only ones responding positively to the rumors—the prospect of ether futures contracts pushed the coin’s price up by almost 10 percent following the news. Ethereum was trading at around $159 on Monday but climbed to a peak of $175.75 hours after the news about futures contracts broke.

The spike of almost 10 percent made Ethereum the best performing major coin of the day, according to data from CoinMarketCap. The price spike was followed by an influx of over $1.5 billion worth of new trades, with the data aggregator placing Ethereum’s daily volume at $7.2 billion on May 6th.