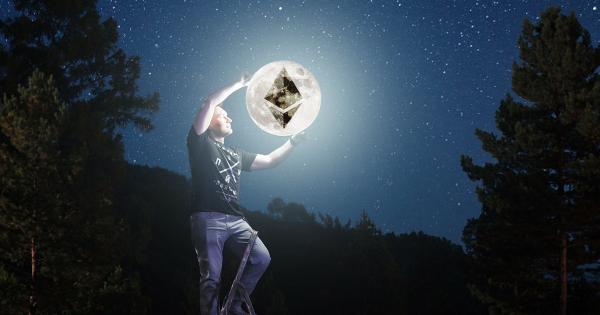 Ethereum broke the $4,000 level this morning ahead of the upcoming Ethereum Improvement Proposal (EIP)-1559 in July, data from multiple sources show.

The world’s second-largest asset by market cap ($470 billion) and is arguably the most-used blockchain (it settles billions of dollars in transactions each day). ETH’s circulating supply is 115 million and it trades at $4,130 at press time.

The price surge saw over $77 million worth of ‘shorts’ get liquidated, data on markets tool Bybt shows. ‘Liquidations,’ for the uninitiated, occur when leveraged positions are automatically closed out by exchanges/brokerages as a “safety mechanism.”

And those betting against Ethereum took the brunt of liquidations yesterday. Of the $77 million in capital liquidated, Bitmex traders lost $26 million while Binance traders lost over $11 million.

The single largest liquidation was a Bitmex ETH trade to the tune of $25 million.

The EIP-1559 is a favorable catalyst driving ETH prices skyward. The proposal battles the network’s high gas fee issue and emission rate by introducing a ‘burning’ mechanism to all network transactions—meaning everything someone pays gas on Ethereum, the network automatically burns that amount.

The above leads to a perpetually decreasing ETH supply and is even termed “Ethereum’s scarcity engine” in some circles. This, in turn, is a favorable upcoming event for traders and investors are, as a decreasing supply would mean higher prices as demand for Ethereum increases/remains the same in the future.

Crypto research companies like Delphi Digital had identified this value growth back in August 2020. “Tying things together, EIP 1559 and staking [create a] symbiotic relationship where not only does increase usage drive value,” the firm said in a report then

It added, “But the introduction of cash flows to a wider group of participants for securing the network creates a more effective long term value proposition [for ETH].”

Traders are piling in on the world’s second-largest cryptocurrency. But leverage is costing them millions of dollars. 2 min read

Ethereum users have faced extreme transaction fees over recent weeks and months. At one point, there were users paying $10-20 just to send ETH and ERC-20 tokens from address to address as the cost of gas spiked to 1,000 Gwei and beyond temporarily. 2 min read

Ethereum has found itself caught within an intense uptrend over the past day, with its overnight upswing invalidating the firm downtrend that the crypto has been caught within against its Bitcoin trading pair. 2 min read