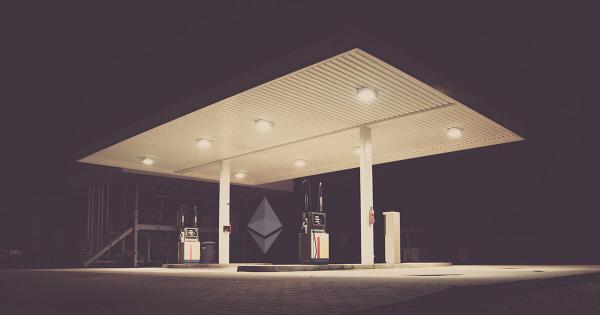 Core developers of the Ethereum network discussed the network’s unusually high fees in recent weeks on an All Cores Devs call. Among the topics were various Ethereum Improvement Programs (EIPs) to help alleviate the fee issue.

The booming decentralized finance (DeFi) space has brought forth the same issues that Ethereum faced back in 2018 as the blockchain game CryptoKitties rose to prominence: high fees and a congested network leading to transactions stuck for hours or costing over $60 to be executed quickly.

Three years later, the issue still exists. The rise of DeFi applications, yield farming dApps, and funny-sounding token games has strained the Ethereum network once again, with fees costing a minimum of $15 to execute a smart contract. They even reached over $1,200 in an isolated instance last month.

Was going to get in the $MYX presale prior to Uniswap

Decided to pass… plenty of money to be made elsewhere pic.twitter.com/So0CurXrqk

But Ethereum developers have taken note. Various EIPs are lined up to battle the high fee issue, the latter representing a critical part of Ethereum’s long-term growth. On the Ethereum All Core Devs call last Friday, they discussed a variety of such proposals.

Alexey Akhunov, an independent Ethereum researcher, started with a comment on the existence of Gas-pegged tokens and how they could push prices higher than normal.

He said Ethereum’s mempool is cluttered with several transactions which automatically bid a certain gas price to mint new tokens, similar to a strategy used by centralized exchanges to fill their order book for influencing traders.

Akhunov added that while orders can be canceled repeatedly at no cost on centralized exchanges, they, by design, cannot on the Ethereum network and hence lead to ever-increasing Gas prices. However, he noted such instances may account for only 2% of the current Gas usage.

The EIP-2711 also saw a discussion on the call, with developers pointing out it could have a significant impact on the broader user experience. Per details, this proposal calls for a user’s Gas fees paid by other users by creating “batched transactions” that executed in the same order as they were submitted.

The discussion comes ahead of Ethereum upcoming 2.0 shift to a proof of stake consensus design, which sees the network move away from the current proof of work system in order to scale efficiently and reduce costs for network transactions.

ok, spending more money on gas for ethereum than pretty much anything else in real life now https://t.co/hZ1ZGQPAk2

But 2.0 may not be coming anytime soon. While some reports earlier said the update would be rolled out by December this year, developers have since suggested further delays can be expected.