El Salvador has spent over $60 million on the purchase of over 1800 units of Bitcoin. 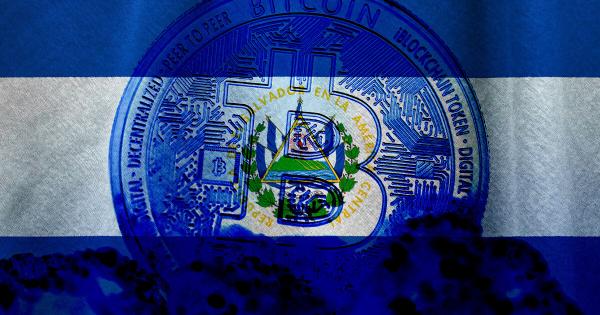 Bitcoin-centric Central American country, El Salvador, has taken advantage of the ongoing bear market to buy 410 units of Bitcoin for around $15 million.

Per a revelation by the country’s president, Nayib Bukele, El Salvador purchased each unit of the asset at an average price of $36,585, making it the lowest price the country has ever bought the flagship digital assets.

Nope, I was wrong, didn’t miss it.

Confirming the latest purchase in a tweet, Bukele revealed that the country spent around $15 million on its latest investment. Currently, the government holds over 1800 BTCs whose current worth is roughly over $64 billion.

El Salvador became the first country in the world to adopt Bitcoin as a legal tender 5 months ago. Then, the government revealed that the decision was made in its bid to protect the developing country against rising economic issues like inflation and also help it increase remittances to its citizens.

According to available data, El Salvador’s Bitcoin purchase hasn’t been smooth sailing as its national debt has risen to over 50% of its GDP. Apart from that, Moody revealed that its Bitcoin trades had added more risks to its sovereign credit outlook.

Apart from that, reports have emerged that El Salvador’s government has subjected journalists critical of his government to phone hacks using the Pegasus spyware. This revelation has made crypto enthusiasts question whether the administration’s actions are in tandem with the libertarian ideas being pushed by Bitcoin.

El Salvador’s purchase has drawn criticisms of citizens of the country who have protested the adoption of the asset as a legal tender citing the volatile nature of the industry as an example of why the move is wrong.

However, despite these issues, Bukele has maintained a bullish stance towards Bitcoin and earlier this year predicted more adoption amongst countries.

El Salvador buys the dip – picks up 500 BTC worth roughly $15.5M for reserves