A poor run of form may put off other nation-states from joining El Salvador in legalizing Bitcoin as tender. 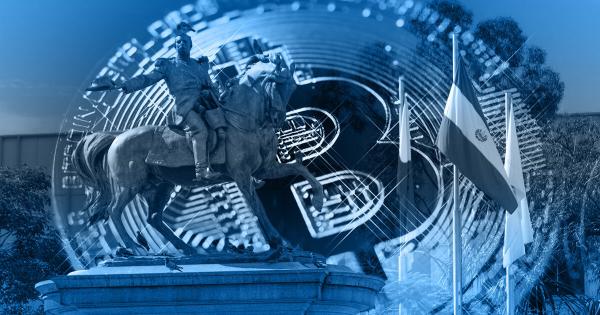 With the ongoing market slump, El Salvador is holding significant losses on its Bitcoin investments.

Its buying process and wallets are undisclosed, so the exact amount remains unknown. But estimates put the loss at between $10 million and $12 million.

El Salvador’s “Bitcoin experiment” was hailed by some as pioneering in so far as leading the way for other nation-states to follow.

But the losses highlight the risks involved with crypto investing. More so given the quantities involved and the public manner in which El Salvador has gone about its business.

But has any of this unnerved other countries from adopting Bitcoin as legal tender?

When the dip keeps dipping

El Salvador made history on September 7 by being the first sovereign nation to adopt Bitcoin as legal tender.

In the run-up to “going live,” and ever since the move has been vehemently opposed by some quarters. Including international agencies, such as the IMF, who warned it would interfere with funding negotiations. And private companies, including S&P Global and Moody’s, which spoke of negative implications for its credit rating.

This isn’t helped by teething problems with the Chivo Wallet. Some users report identity fraud, and others talk about their Bitcoin balance mysteriously disappearing.

Despite all of the above, President Bukele remains unshaken in supporting the Bitcoin experiment.

Since September, President Bukele has tweeted instances of buying the dip. Based on this, it’s estimated El Salvador holds 1,391 BTC, which cost $73.2 million to acquire.

However, at current prices, the value of the holdings comes in at $59 million, making a $14 million loss – above previous estimates due to Bitcoin’s continual decline.

Last week, Finance Minister Alejandro Zelaya said El Salvador had sold Bitcoin, but when and how much is unknown.

Before the current downturn, President Bukele said Bitcoin would hit $100,000 this year. He also said two other nation-states will adopt BTC as legal tender in 2022. But he remained tight-lipped on which countries those will be.

Will this put sovereign nations off investing in Bitcoin?

Last week, investment managers Fidelity released a report on future trends. In it, they mentioned El Salvador’s approach to Bitcoin, which they say represents an opportunity for wealth and prosperity.

Drawing on game theory, Fidelity said, if Bitcoin continues to perform well, other countries will be forced to join El Salvador, even if they don’t subscribe to its ideology. The asset managers describe this as buying a “form of insurance.”

“We therefore wouldn’t be surprised to see other sovereign nation states acquire bitcoin in 2022 and perhaps even see a central bank make an acquisition.”

That being so, the reverse must also be true. Whereby poor performance will dissuade nations from coming on board.