Despite the bombastic announcement, not everyone is buying El Presidente's shiny facade. 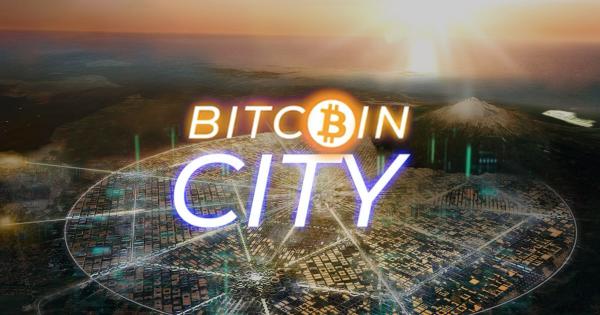 Nayib Bukele, the President of El Salvador, announced that the country will be building a carbon-neutral Bitcoin City. The city will have no property, income, or capital gains taxes, and the massive endeavor will be partly financed by a $1 billion Bitcoin bond issued by Blockstream.

And while the move was celebrated in the crypto world, ramping criticism of Bukele’s policies has begun exposing the cracks in the way El Salvador is presented to the world.

The dreams of many crypto investors are about to come true as the world got a glimpse of the first-ever “Bitcoin City.” And while this might sound like something dug out from the early pages of the Bitcoin Talk forum, it’s actually a project proposed by none other than the President of El Salvador.

Earlier this week, President Nayib Bukele announced his plans to create a city in the country’s eastern La Union province during the Latin American Bitcoin and Blockchain Conference.

Bukele’s “Bitcoin City” is a very ambitious project, to say the least. Speaking on the stage at the closing of the conference, Bukele said that the endeavor would be financed through a $1 billion sovereign, Bitcoin-backed bond, which will be issued by Blockstream next year.

Samson mow, the CTO of Blockstream, said that the bonds will be U.S. dollar-denominated 10-year bonds, with half of the funds converted to BTC and the other half used for infrastructure and mining.

The coin-shaped city will be built at the base of the Conchagua volcano to take advantage of its geothermal energy to power the entire city infrastructure, aside from the planned mining facilities. This would make Bitcoin City completely carbon-neutral, with the entirety of the energy it consumes coming from renewable sources.

Bukele compared the city with Alexandrias, the cities Alexander the Great built across his empire, saying it has the potential not just to become a beacon of good propaganda for Bitcoin, but a global financial center as well.

This global financial center would have no property, income, or capital gains tax. All infrastructure and municipal costs would instead be covered through a 10% sales tax (VAT), which will be the only expense towards the state borne by its inhabitants.

Bukele’s announcement got a standing ovation from the crowd and was extensively covered by global media. The crypto industry has also celebrated the move, applauding the President for its pro-Bitcoin stance.

El Salvadorans, however, don’t seem to have fallen under Bukele’s charm.

It’s not all fun and games in El Salvador

The former mayor of El Salvador’s capital, El Salvador, Bukele rose to power in 2019 and was elected president at just 38 years old. Riding the wave of extreme dissatisfaction with the government, Bukele created the “New Ideas” political party and promised people a break from “obsolete ideologies.” Politically neither here nor there, he enjoyed unprecedented support from the people of El Salvador.

However, what many believed would be a formative period of positive changes quickly turned into an aggressive establishment of power. Since last year, Bukele has steadily been restructuring the government and its laws, effectively removing all constraints on the amount of power he holds in the country.

José Miguel Vivanco, the Human Rights Watch director for the Americas, told The New York Times that the President managed to establish a totalitarian hold over El Salvador.

“There is not a democratic institution, there are no real checks and balances on the exercise power of Bukele.”

This year alone, Bukele, who calls himself the “CEO of El Salvador,” dismissed at least a dozen judges and prosecutors older than 60 and replaced all five magistrates of the country’s Constitutional Court. A few months later, that same court ruled that presidents can run for a second consecutive term, paving the way for Bukele to seek re-election in 2024.

The country’s Legislative Assembly is currently considering passing a bill that would require any groups and individuals receiving funding from abroad to register with the Interior Ministry. The so-called “Foreign Agents” bill was compared to a similar law passed in Russia, which serves as Putin’s tool for suppressing opposition groups and independent media.

“Things are moving very quickly in the direction that is very familiar to people who have studied democratic backsliding,” said Javier Corrales, a professor of political science at Amherst College and an expert on Latin America. “He has been able to check off so many of the boxes that make this process now hard to slow down or contain.”

We are yet to see how such a bill can coexist with Bukele’s Bitcoin City, which is set to become a financial hub for businesses and individuals from around the world. A crackdown on foreign and opposition media could also prove especially problematic when it comes to reporting on Bitcoin and its use as a legal tender in the country.