Despite price stagnation under $400, Ethereum fundamentals are still strong

Photo by Nicholas Doherty on Unsplash 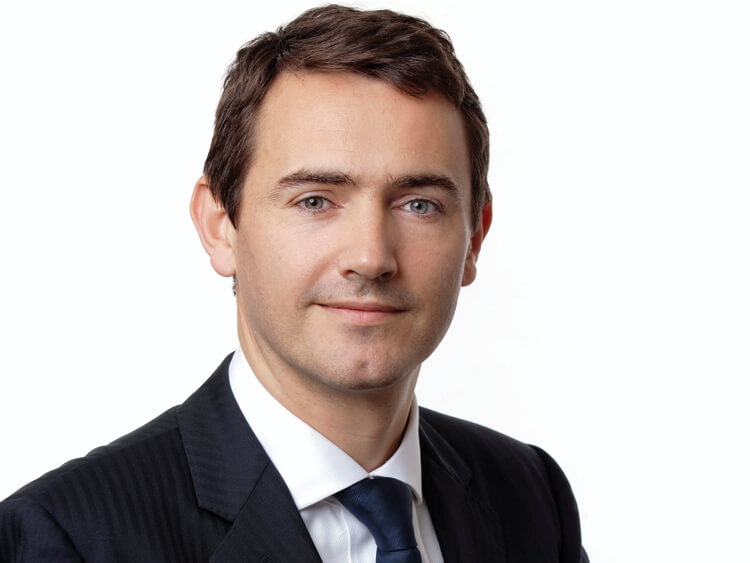 The rapid growth of cryptocurrencies and other digital assets in recent years, combined with seemingly unlimited potential applications for blockchain and distributed ledger technologies across a range of industries, has led to an unprecedented period of innovation and the emergence of some of the most disruptive technologies in decades.

One of the most disruptive aspects of the recent wave of innovations has been the introduction of entirely new financial models for raising capital to fund projects.  Initial coin or token offerings (ICOs)—and more recently security token offerings (STOs)—have caused disruption to the established method for raising capital.  Many reasons for the increased use of ICOS and STOs still remain, but the one causing the most concern for Governments around the world is the lack of regulatory and legal oversight.

The digital currency revolution started during a time when there was no specific legislation and regulation governing the fundraising activities of these new tech projects, thus increasing the risk of fraud, money laundering, and terrorist financing.  The legislative and regulatory regimes designed to safeguard the world’s financial systems and markets from these criminal activities were bypassed.

While Governments and regulators around the world were fretting over how to best control and regulate these new methods of conducting business, the cryptocurrency frenzy went wild.

This was all thanks to the ease and expediency the technology used to launch ICOs and STOs could open and close fundraising initiatives without the ability of anyone in authority to ask questions concerning the legitimacy and legality of these actions.

As Governments and regulators started to better understand what was happening and how the technology worked, attention focused on who had existing powers to govern these activities and what should be done to improve them.  However, as the pace of technological change accelerates, so too does legal and regulatory complexity.

The result has been a mismatched approach to the treatment of digital assets around the world, with China banning ICOs completely, the US applying existing discretion and jurisdiction to bring certain ICOs and STOs within the reach of the SEC, and the European Union clamping down with strict regulations and compliance with AML and requirements for KYC.

This has led to uncertainty the world over—not only in terms of how and whether a particular activity or project is or might be regulated or even illegal, but also how they should be governed and managed. Every single tech company is frantically seeking out the best and most suitable country to grow their business while negotiating the ever-expanding and changing regulatory framework both on and offshore.

Offshore international financial centers, such as Bermuda, the British Virgin Islands, the Cayman Islands, Guernsey, the Isle of Man, Jersey, Mauritius and the Seychelles, have become attractive jurisdictions to establish and operate digital asset businesses and to raise funds through these new methods of financing. Why? It’s a question many are asking.

These international financial centers, together with others like Hong Kong, Singapore, Dubai, Switzerland, Gibraltar and Malta (to name a few)—all have ambitions to compete and be global technology hubs. Many have taken steps in recent years to become attractive destinations for technology entrepreneurs, particularly those looking to launch, host and develop digital assets using blockchain technology. What makes them so attractive, though, is their ability to actively adjust their legislation, as well as provide certainty of treatment of businesses in this sector while being able to satisfy consumers, Lawmakers, and regulators.

The fact that most of these jurisdictions are small means that their legislature and government departments are more nimble and able to make critical decisions more quickly and effectively than their equivalent offices in larger jurisdictions.  Bermuda, for example, was able to draft, develop, and introduce the world’s first piece of legislation designed to specifically govern and regulate ICOs in a six-month window, shortly followed by the introduction of a digital asset business licensing regime— a first in world legislation.

Bermuda, however, was not alone. Those that did not immediately seek to introduce new legislation were able to consider, assess, and determine how their legislative and regulatory frameworks could accommodate—and in most instances improve on— attracting this new wave of business growth in the sector.

The solution for most has been quite simple: they wanted certainty and credibility, as well as regulations with easily defined guidelines to follow.

Thanks to the leadership and cooperation of these international financial centers organizations such as the OECD, we have seen an increase in the adoption of international standards covering everything from good corporate governance, tax transparency, combatting corruption, money laundering and terrorist financing, and ownership disclosure and automatic exchange of information and cooperation for the purposes of exchanging tax information.

Many of these jurisdictions have adopted higher standards compared to their onshore counterparts, which means that the mixture of existing international regulatory reputation and the implementation of laws and regulations has created a perfect environment for attracting those seeking stability and certainty at an early stage of their project development.

Not all of these projects will succeed, and some may not even get off the ground.

In order to become established in a jurisdiction that understands the needs and complexities of entrepreneurship and to develop its legal and regulatory environment in a way that balances the need for flexibility, consumer protection, and market integrity is very attractive for any new business venture. The relatively low costs of incorporation and maintenance of an offshore company mean that companies can start offshore and continue to other jurisdictions if necessary.

All these positive traits of establishing an innovative business offshore look even more attractive when considering how they are treated onshore.  The cost burden alone of seeking appropriate legal and regulatory advice in some onshore jurisdictions is prohibitive to development, as can be the cost of complying with laws and regulations designed for completely different industry sectors, often resulting in unintended regulatory and restrictive consequences.

The amount of bureaucracy often found onshore can be a death knell to new and enterprising entrepreneurs in the early stages of development if the laws and regulations are designed for a completely different sector.  That is not to say tech companies establishing themselves offshore do not need to consider onshore laws and regulations. If a company wants to conduct business in or offer tokens to people in onshore jurisdictions, then they still need to comply with the applicable laws and regulations, But if a company starts a project in a jurisdiction that has sector-specific regulation and sandbox regimes to assist in the initial developmental stages, then the initial capital outlay and complexity of the regulatory environment are reduced, which reduces the risk of early failure.

The speed of the development of technology incubators and regulatory sandboxes are also examples of the way in which these international financial centers have attracted attention.  By listening to the needs of this new and evolving sector, these jurisdictions are forging new ways to allow businesses to test their projects and ideas in a safe environment where the regulator can work alongside the teams that are at the core of the development process.  This collaborative and novel approach to regulation not only provides an ideal environment to nurture and develop new businesses ideas, but provides invaluable cutting-edge experience for regulators to experience for themselves the product development and foresee where the critical risks in the industry will arise so that they can develop better regulations and establish proportionately appropriate policies and procedures, thus adding to an efficient and proportionate regulatory environment.

Ultimately there is no one place that is the best jurisdiction for all tech companies to launch their businesses. But the offshore world is certainly setting a new standard when it comes to their ability to become more attractive and competitive to fintech companies.

Appleby is one of the world’s leading offshore law firms. The group has offices in the key offshore jurisdictions of Bermuda, the British Virgin Islands, the Cayman Islands, Guernsey, Isle of Man, Jersey, Mauritius, and Seychelles, as well as a presence in the international financial centers of Hong Kong and Shanghai. Appleby’s multi-disciplinary global technology and innovation group comprises experts from each of our 10 offices to help businesses meet the new challenges and support clients across a broad range of emerging technologies.

Two pro-cryptocurrency bills were introduced to the US House requesting the CFTC, in consultation with the SEC, produce reports to inform lawmakers about crypto.

Without Regulation ICOs Unlikely to Disrupt Venture Capital According to OECD

In its January report, the Organisation for Economic Co-Operation and Development (OECD) explained some of the intricacies of ICOs in modern finance.

The DeFi sector has been seeing tremendous growth in recent weeks.

Although decentralized finance (DeFi) has been seeing consistently strong growth, the gains in this Ethereum market sector have somewhat subsided over recent weeks.

In 2017, Coinbase’s influence over the crypto market was tremendous, with the exchange originally only offering access to select few crypto assets.