Yesterday’s decline of the crypto market has triggered the second-largest wave of liquidations in decentralized finance’s (DeFi) history as a total of $24.1 million worth of positions got wiped, according to metrics platform DeBank. 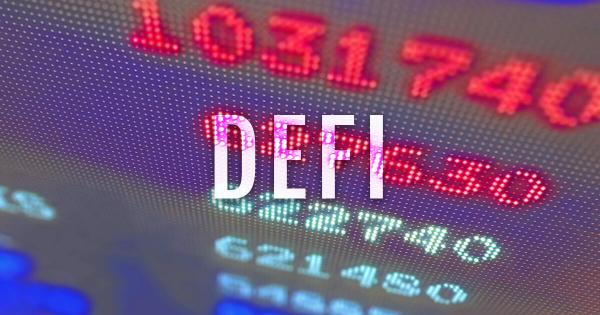 Yesterday’s decline of the crypto market has triggered the second-largest wave of liquidations in decentralized finance’s (DeFi) history as a total of $24.1 million worth of positions got wiped, according to metrics platform DeBank.

The largest amount of collateral was liquidated on DeFi platform Compound ($13.7 million), followed by Aave with $5.4 million.

Previously, the largest wipe to date occurred on November 26 last year, when an instant increase in the value of DAI stablecoin resulted in the liquidation of $88.4 million worth of positions on Compound. At the time, DAI’s price on Coinbase Pro, which Compound’s oracles used to obtain benchmark rates, jumped by 30%.

Additionally, the total dollar value locked (TVL) in the DeFi sector dropped from $44.5 billion to $38.5 billion yesterday, according to DeBank. This is the single largest daily TVL decline ever.

Yesterday, Bitcoin’s price plunged by $10,000 while the price of Ethereum (ETH) on crypto exchange Kraken dropped to as low as $700. At the same time, ETH was traded at around $1,400 on other exchanges.

In addition to increased market volatility, the sheer amount of liquidations was also catalyzed by a high load on the Ethereum blockchain, which impeded the normal functionality of DeFi services and prevented traders from closing their positions in a timely manner.

In the past 24 hours , 474,968 traders were liquidated. In total $4.4B was liquidated!This is the craziest day in #Bitcoin futures history.
?https://t.co/Bw2cNNXnr9 pic.twitter.com/MdYnmyXNXX

Another consequence of the market decline on Monday was a temporary drop in the value of institutional investors-owned Bitcoin by $13.6 billion.

According to Bitcoin Treasuries, the value of 1.3 million BTC held by 41 companies fell from $76.7 billion to $ 63.1 billion. MicroStrategy, for example, now has $3.465 billion worth of BTC, whereas yesterday the value of its assets was estimated at $4.1 billion.

Meanwhile, nearly 475,000 traders have been liquidated in the Bitcoin futures market over the last 24 hours, Bybt’s data shows.

“In the past 24 hours, 474,968 traders were liquidated. In total $4.4B was liquidated! This is the craziest day in Bitcoin futures history,” Bybt tweeted today.

For more information, explore all DeFi coins on CryptoSlate.