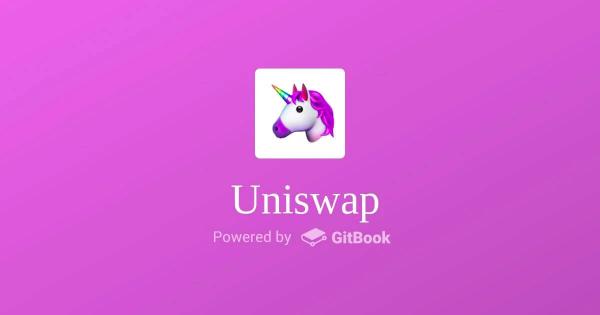 It launched less than 6 months ago

These are the trends you should be paying attention to

Adams, a former healthcare professional, also mentioned that Uniswap was created by a single developer and was launched only six months ago.

Uniswap developed by a mechanical engineer

In April 2019, Hayden Adams, the creator of the Ethereum-based Uniswap Exchange protocol, explained how he launched a company dedicated to building decentralized finance (DeFi) products. The mechanical engineering graduate from Stony Brook University also confirmed that Uniswap’s seed round was closed last month.

Uniswap started as a side project for me. A way to learn the required skills to transition from mechanical engineer to crypto dev.

This is what it looked like in Nov. 2017 when it was my first smart contract, first website, and first major coding project! pic.twitter.com/EUkPV0X7sM

Fred Ehrsam, a board member at Coinbase and the Co-Founder of Paradigm, a newly launched crypto investment fund backed by Yale University, will reportedly be working with Adams to further develop the Uniswap protocol.

Beginnings as just a “side project”

Per the Uniswap Founder, the DeFi project began as “a side project” and also as a way for him to learn the skills needed to successfully transition from working as a mechanical engineer to a blockchain developer.

After consistently working on various blockchain-based projects, Adams said he began focusing more on P2P protocols which could be audited and were completely open-source, including their front-end development.

A testament to the power of open finance

Acknowledging that the Uniswap protocol could not have been developed without the contributions made by Ethereum co-founder Vitalik Buterin and crypto researcher Karl Floersch, Adams noted that his project is “a testament to the unstoppable power of open finance.”

According to DeFi pulse, there are currently around $15.8 million locked into Uniswap’s contracts. Data from DeFi pulse also shows that the Decentralized Finance ecosystem is presently valued at over $530 million.

Other notable protocols that are now part of the nascent DeFi market include MakerDAO, which is an Ethereum-based P2P lending platform. At present, there are more than $446 million committed to Maker’s contracts.

Bitcoin’s Lightning Network (LN) is also considered part of the DeFi ecosystem and its network capacity currently stands at approximately 1,025 Bitcoin (BTC), an amount valued at $8.1 million at press time.