Binance CEO Changpeng 'CZ' Zhao said the company was never incorporated in China and so owes no loyalty to the government. 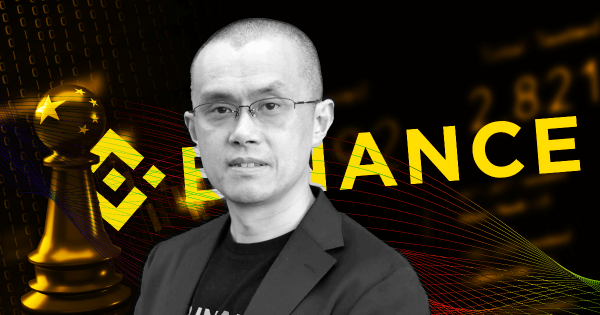 Binance CEO Changpeng ‘CZ’ Zhao has responded to allegations that his company is owned by a secret Chinese agent “Guangying Chen” and thus owes its loyalty to the Chinese government.

In a blog post, CZ explained that he left China when he was 12 years old and has since naturalized in Canada as a citizen. He said he went on to found Binance in 2017 after the Chinese government cracked down on his previous company Bijie Tech.

Ethnicity should not be ‘Scarlet letter’

CZ said that since Binance was founded in 2017, it has become a globally diversified team; however, several components of the media still misrepresent it as a “Chinese company.”

“Binance was never incorporated in China. Nor do we operate like a Chinese company culturally. We have subsidiaries in many countries… But we don’t have any legal entities in China, and we do not have plans to.”

He added that the place of his birth and his ethnicity should not be a “scarlet letter” that trails him for the rest of his life:

“Nor should it give people free rein to cast aspersions, lay false claims, or question one’s loyalty to their country.”

Guangying does not own Binance

The blog post was made after an ex-Washington Post journalist quizzed a Binance executive on the question:

CZ went on to address circumstances relating to Guangying’s role in the company. Guangying Chen is a Chinese national who joined Binance in 2017 as a back-office Manager.

Chen agreed to act as a legal representative for Bijie Tech because foreigners like CZ cannot register a company in China under the country’s laws.

Chen has been harassed online as a secret Chinese agent simply because her name is on Bijie Tech’s documents. CZ said:

“Binance’s detractors have leaped at the opportunity to spread a conspiracy theory that Guangying was secretly the owner of Bijie Tech and possibly even Binance.”