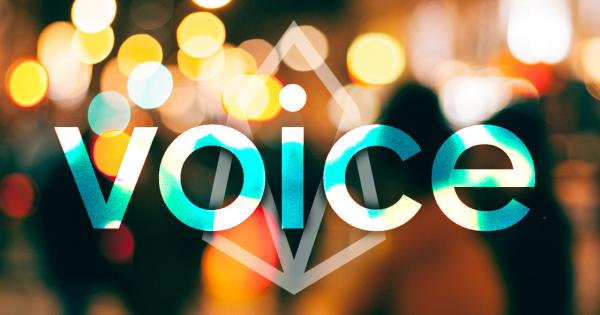 Brendan Blumer, the 32-year-old CEO at Block.one, revealed during a presentation in Washington, D.C., that the blockchain-enabled open-source software publisher’s new social media network, called Voice, will be deployed on EOS, one of the largest platforms for building decentralized applications (dApps).

Blumer: Existing Social Media Platforms “Designed to Use the User”

According to Blumer, the existing social media platforms such as Facebook are “designed to use their users.” He explained that users’ data, attention, and the content they produce are all quite valuable. However, the crypto entrepreneur pointed out that current social media networks are designed to primarily benefit the platform and their owners and management, and not the user who is actually making meaningful contributions to the platform.

“It’s the platform, not the user, that reaps the reward. By design, they run by auctioning our information to advertisers, pocketing the profit, and flooding our feeds with hidden agendas dictated by the highest bidder. Voice changes that.”

In order to give users more control over their data and also allow them to benefit from the content they produce, the developers at Block.one will launch the new Voice social media network on EOS’ public delegated proof-of-stake (DPoS)-based blockchain.

“Voice will cultivate creation, sharing, discovery and promotion of content on social media platforms by real users, not bots and fake accounts. Through a truly self-sustaining economy of ideas, users will directly benefit from their ideas and engagement on the platform.”

“No Hidden Algorithms, No Invisible Interests”

The Voice social media network will be deployed on EOS’ EOSIO protocol-enabled public blockchain and “all interactions on Voice will be public,” Block.one’s blog post noted. This will allow for greater transparency, which will be “a core part” of the user experience (UI) on Voice, the software development firm stated.

Clarifying how all participants on Voice will be treated fairly and given the same opportunities, Block.one’s blog mentioned that:

“Everyone –the user, to contributor, the platform –plays by the same rules. No hidden algorithms, no invisible interests.”

While the management at Block.one claims they’re “uniquely positioned to lead the social media revolution” as EOS-based dApps reportedly account for 70 percent of all current “blockchain activity”, several prominent members of the crypto community believe that existing social media platforms like Twitter are “already perfect.”

This, according to Tom Shaughnessy, the co-founder at independent digital assets-focused research firm Delphi Digital, who argued that Block.one was again trying to “tack on” another use case for EOS, even though it’s not needed. Shaughnessy, a finance graduate from Rutgers Business School, also mentioned via Twitter that Block.one’s Chief Technical Officer (CTO) Dan Larimer had already founded a blockchain-based social media site, called Steemit.

Shaughnessy went on to claim that all data being used and generated on the EOS network is at “the whim of 15 of 21 block producers.”

Is this a joke? If this is the announcement, this is the kind of thing the entire blockchain industry is working toward; creating an equitable, decentralized economic system where incentives are aligned across all participant types. This should be championed.

Going on to point out a legitimate use case for uncensorable distributed ledger technology (DLT)-powered social media sites, the EOS BP stated:

“Do you mean you’ve never seen a single instance of Twitter accounts being simply deleted with no warning, explanation, or recourse?”

Network effects are enormously powerful. New networks arise not b/c of ideology but b/c some alternative social experience that compels behavior shift. /cont ?

Whittemore also appeared to suggest that the EOS-powered Voice platform would have no unique value propositions. This, as he remarked:

It's certainly not impossible that a new Twitter-like thing becomes the thing.

But it *IS* almost impossible that the reason for switch would be ideology. /2

Are “Downsides of Centralization” Really So High?

“To date, the risk of deplatforming simply has not outweighed the cost of leaving the network. Whenever we ask whether social network X is susceptible to disruption by a decentralized alternative, we need to ask ‘what downsides of centralization are so high that people would suffer the costs of network exit?’”

In other words, the value of networks is who is there.

ANY new network, no matter how awesome, can't compete on sheer breadth of participation.

This means network exits costs are real, and powerful. /5

For those who are interested, people can sign up for the beta and learn more by visiting voice.com.