EOS could be about to announce a new social network Ali Martinez · 4 years ago · 2 min read
This article is more than 2 years old...
News › EOS › Rumors

On March 25, Dan Larimer, the Chief Technology Officer at Block.one, Dan Larimer, revealed that on June 1, EOS will make the “biggest announcement” since EOSIO was launched. On Mar. 25, Dan Larimer, the Chief Technology Officer at Block.one, Dan Larimer, revealed that on June 1, EOS will make the “biggest announcement” since EOSIO was launched. It is not clear what type of announcement will be made, but many in the EOS community are speculating about a social network announcement.

A social network in the works?

In a recent tweet, Mahbod Moghadam, the former chief community officer of Everipedia and founder of Genius.com, stated that EOS could be about to release a social network that will be developed on top of Everipedia to make it compatible with the IQ token.

Tomorrow, $EOS is announcing their social network. That social network will, I promise you, end up being built on top of @Everipedia to make it compatible with $IQ

Although Moghadam stated that he had no insider information and was just “speaking out of common sense,” he made it clear that he might be speaking the truth by suggesting that he is the “cassandra of the internet.”

Crystal Rose, the founder of Sense.Chat, is EOS’s biggest chat app, commented about integrating the IQ token on her platform and Everipedia welcomed the idea.

Let’s get $IQ in @SenseChat

lets do it!! we want to work with you Crystal – you are an inspiration!

A twitter account under the pseudonym of Kenny Crane that usually tweets about the most recent developments of EOS also talked about the upcoming event.

There could be some truth to this idea since the CTO at Block.one, Dan Larimer, created Steem.it, which is a decentralized social media platform, and a tweet from February could have revealed what was coming.

What if you could decentralize social media more than steemit? The future of social media is thousands of blockchains under independent governance coordinating with inter-chain communication behind a seamless user experience.

In addition, Block.one recently used over 3.3 million EOS tokens (~$25 million USD) to buy RAM on the EOS network, which leads many to believe that indeed some sort of decentralized application will be announced.

We are excited about #B1June, but encourage everyone to be realistic in their expectations – there are some wild rumours out there which are just not true. Big news for some, may not be for others. No Facebook, Apple, or Google partnerships. No Airdrops. Stay calm, keep building.

The announcement is set to take place in the next few hours, so we will know more soon and be updating this article accordingly.

Final run through ahead of tonight. Humbled by our #EOS community who have come from all over for #B1June – Can’t wait to have everyone together in one place. Watching? We’ll be sharing it online at 7:15PM (EST) too at https://t.co/6VwZtbjXb5 @bytemaster7 @BrendanBlumer pic.twitter.com/STvoFuDRUt

Update June 1 @ 6:32pm Pacific time: Block.one made a handful of announcements including:

The stream of the event can be accessed here. 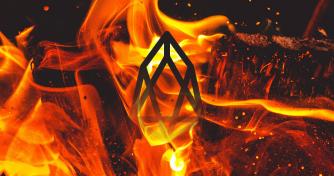 END_OF_DOCUMENT_TOKEN_TO_BE_REPLACED

Mahbod Moghadam is an Iranian-American internet entrepreneur and investor.

Steemit is a blockchain-based rewards platform for publishers to monetize content and grow community.