The cryptocurrency market has been experiencing ongoing bullish behavior over the past seven days, though some assets are on shakier ground than others. 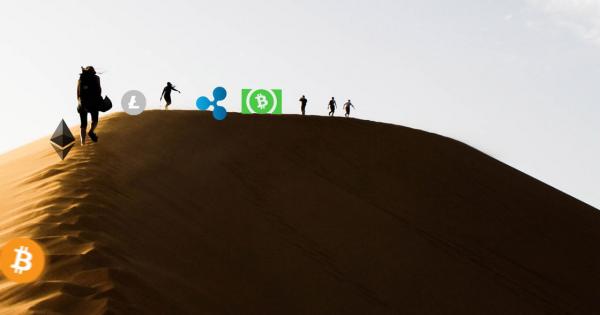 Photo by Savvas Kalimeris on Unsplash

The cryptocurrency market has been experiencing ongoing bullish behavior over the past seven days, though some assets are on shakier ground than others. Bitcoin, for example, initially struck $9,300 last week, but has since fluctuated heavily between $8,900 and $9,200.

At press time, BTC is trading for roughly $9,100. This is a $200 rise from where it stood yesterday, but $200 less than its previous $9,300 high. While a $10,000 price boost is still considered possible and BTC is lying on an ascending plane, a drop to $8,700 could occur granted support for the currency falls below present levels.

One scary thought comes by way of technology investment firm GP Bullhound. The organization suggests a massive correction could hit Bitcoin and its crypto-cousins by the end of the year. Representatives have released a report that suggests the entry of many institutional investors into the marketplace in recent months, eager to cash in on the action that brought Bitcoin up to $19,000+ in December.

While this has led to positive short-term results, their decisions will inherently drive more retail players into the game, who will purchase Bitcoin and altcoins for extremely high prices. This will cause the crypto arena to experience heavy price falls, thus spreading panic and causing massive sell-offs which could spark the massive correction discussed in the report.

However, positive trends may spike thanks to what the document calls a “maturing ICO environment” – many initial coin offerings have been marred by malicious activity since 2017, with scammers making off with millions in investors’ funds. The report’s authors suggest that many investors will want to see products first prior to investing, thus preventing malicious activity in the future.

Ethereum has been moving up at a slow, but steady pace. Recently, the currency broke the $674 mark.

Presently, the coin is facing resistance not from a technical standpoint, but from a regulatory one. ETH is experiencing backlash from the SEC, who seeks to classify Ethereum as a “security” and not a “utility.”

Co-founder of the Ethereum Foundation Joseph Lubin is confident the SEC will “see the light,” and reject a security classification, citing its now heavily decentralized nature as the main reason.

Ripple (XRP) is currently trading at $0.84, a three percent spike from our previous price article.

The company’s xVia API solution has garnered the attention of several fintech enterprises for its ability to lower prices and grant customers from around the world access to global payment options.

Bitcoin Cash is currently hovering at $1,438 – an 11 percent jump since our previous article.

The currency’s latest jump could have been spawned by the asset’s addition to the London Block Exchange, which also added Ethereum Classic to its platform. The currency rose by eight percent following the news.

Litecoin is testing traders’ patience by refusing to incur higher spikes. Presently, the coin is trading at $1.47. This is still a two percent jump in recent days, though the currency is experiencing heavy resistance between $141 and $165.

Litecoin is slowly gaining recognition, however. Recently Wirex – a provider of crypto debit cards – announced it would be fully integrating Litecoin into its blockchain payment cards, allowing users to make payments and trade dozens of altcoins in exchange for Litecoin.

The cryptocurrency market cap has risen dramatically since our last price article and now stands beyond $428 billion. Over the past few weeks, bullish trends are dominating the space, though it’s important to keep in mind the volatile nature of cryptocurrencies, and always remain cautious while making investment decisions.