Throughout the past 24 hours, several publications and public figures have misreported that China has put an end to its blanket ban on bitcoin and the cryptocurrency exchange market. 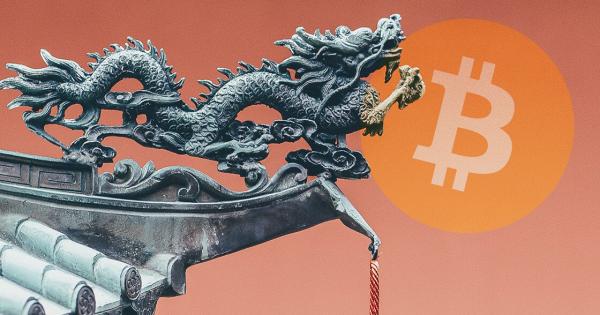 Throughout the past 24 hours, several publications and public figures have misreported that China has put an end to its blanket ban on bitcoin and the cryptocurrency exchange market.

On Nov. 9, one cryptocurrency-focused publication released a story entitled “China Lifts Bitcoin Ban; Individuals and Businesses Can Now Own Cryptocurrencies Legally.” The article instantly attracted many investors in the cryptocurrency market, who demonstrated optimism towards the supposed unbanning of Bitcoin.

However, the article itself was based on a court ruling of the Shenzhen Court of International Arbitration which was released on Oct. 25. The outdated and misrepresented story falsely led many investors in the market to manufacture hype around the asset class, in a period in which the cryptocurrency market is stagnant and struggling to initiate major upward price movements.

Overhyped News is Alluring But Not Beneficial to the Industry

In October, as CnLedger, a trusted news source in China reported, the Chinese court confirmed that Bitcoin is protected by law as property. As such, individuals, businesses, and merchants can technically utilize cryptocurrencies like Bitcoin and Ethereum as a payment method without conflicting with local regulations.

1/ Chinese court confirms Bitcoin protected by law. Shenzhen Court of International Arbitration ruled a case involving cryptos. Inside the verdict: CN law does not forbid owning & transferring bitcoin, which should be protected by law bc its property nature and economic value.

In the previous month, CryptoSlate reported that the cryptocurrency market of China has become more active as of late, due to the acceptance of digital assets by hotels and publications.

On Oct. 1, China’s oldest technology publication Beijing Sci-Tech Report (BSTR) announced that it would accept Bitcoin as a payment method for its subscriptions beginning early 2019, to encourage the utilization of crypto in a “real-world setting for practical actions,”

The Ethereum Hotel and BSTR have been able to integrate cryptocurrencies into their payment systems because the two digital assets are recognized as properties under local laws.

But, the trading of Bitcoin and other cryptocurrencies remains strictly banned, and the areas of the cryptocurrency market that the government of China has banned remain prohibited.

While merchants are technically allowed to accept cryptocurrencies, trading, crypto events, ICOs, and any form of OTC investment in the asset class are still prohibited.

Exaggerated and overhyped reports could provide the cryptocurrency community with optimism in the short-term, but in the mid to long-term, they tend to have a negative impact. If the expectations of the community increase significantly due to misrepresented reports and the expectations are not met in the future, then it can have a worse effect on the market.

This week, Jake Chervinsky, a government enforcement defense and securities litigation attorney at Kobre & Kim stated that Bakkt could have an actual impact on the price of Bitcoin because of its physical delivery of digital assets to investors, and if institutional investors invest in Bitcoin through the Bakkt Bitcoin futures market, it could lead to an increase in the price of BTC.

However, there still exists many variables and conditions to the long-term success of Bakkt and especially given that the majority of the community believes Bakkt will act as a catalyst for the next bull run of crypto, Chervinsky emphasized the need to approach the progress of Bakkt with caution.

“In the minds of many, Bakkt’s launch has become a full-fledged narrative for when & how the bear market will end. It plays the same role as bitcoin ETFs as a trusted vehicle to bring that sweet institutional money into the space, but without all the trouble of SEC approval.”

“Hype aside, some people have lingering concerns about Bakkt. The big question is if Bakkt will try to financialize bitcoin in a harmful way, such as through the use of hidden leverage.”

As with Bakkt, ETF, and recent reports about China, it is of the importance of for investors to approach developments in the space with caution and a neutral stance.