In a recent report, the Beijing News analyzed a case which involved more than 100 people who were scammed out of 7,000 BTC. 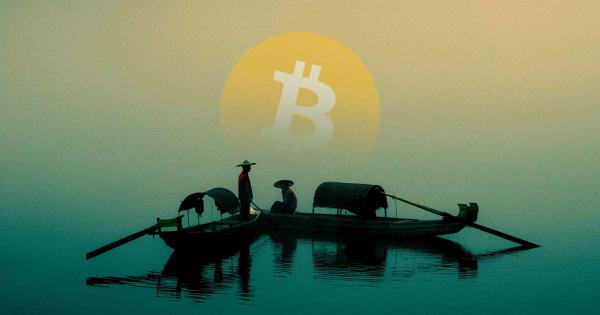 In a recent report, the Beijing News analyzed a case which involved more than 100 people who were scammed out of 7,000 BTC. Wei Xiao, a council member at the Bank of China Law Research Association, stated that owning bitcoin in China is legal. Although the legal consequences of over-the-counter trading remain uncertain, Xiao suggested that it is legal to buy bitcoin for personal purposes.

Legality of Bitcoin in China

In 2017, the Internet Finance Association of China issued a warning about the risks of investing in cryptocurrencies. While investors are permitted to speculate on cryptocurrency, the agency highlighted that the different crypto exchanges in the nation were not legally established.

Cases related to bitcoin increased significantly between 2014 to 2018. At the moment, there are over 460 outstanding bitcoin-related legal cases in China.

In 2014, there were reported 26 legal cases while in 2018 alone there were more than 250. The number of cases involving infringement of property account for 153, of which 98 were for theft and the remaining had to deal with fraud.

Even though there has been a spike in criminal activity surrounding virtual currencies, the General Principles of Civil Law was implemented in Oct. 1, 2017, to reaffirm that virtual property is protected under Chinese law.

The chief audit officer of the Bank of China, Wei Xiao, believes that owning bitcoin is legal in the country as well as the sporadic exchange between individuals. Mr. Xao suggests that under the nation’s laws, “ownership” contains the right of “disposition of power.” So, an individual who owns a virtual property has the right to dispose of it as he or she wishes without the interference of others.

Nonetheless, in accordance with Article 4 of Article 225 of the Criminal Law, the Chinese Supreme Court rules that business operations that can disrupt market order would be considered illegal. Arbitrage of virtual currencies, losses caused to customers while transacting their virtual property, false earnings claims and other kinds of behaviors could all be prosecuted under the criminal policy, according to Mr. Xiao.

Wang Deyi, a lawyer related to the matter, states that even though sporadic bitcoin transactions could be legal, over-the-counter transactions are difficult to obtain legal recognition because of how wide they can extend. In the event of a dispute, investors could encounter difficulties to find legal evidence of the transactions. Also, domestic laws put all the responsibility on those investors who decided to participate in the transactions having to bear the risks themselves.

There is a long road for bitcoin to become completely legal in China due to the increasing number of fraud cases surrounding it. The regulatory agencies have made significant steps to put an end to cryptocurrency exchange platforms that do not comply with the law and are working towards protecting investor property. Once the Chinese government is able to oversee virtual currencies transactions, it may welcome new ventures in the country—broadening the bitcoin market to China’s base of over a billion people.