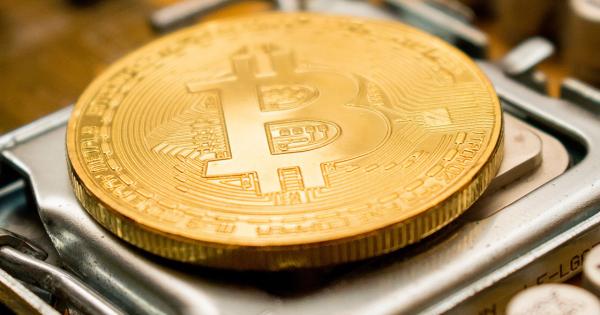 China’s central planning agency announced plans to ban Bitcoin mining and is currently soliciting comments before it makes its final determination. Mining and cryptocurrency experts have mixed opinions on how the move will impact the security and price of BTC.

China is the world’s largest manufacturer of Bitcoin ASICs and specialized cryptocurrency mining hardware. The two largest firms in the industry, Bitmain Technologies and Canaan Inc., both primarily operate out of the country.

Not only that, research suggests that 74 percent of Bitcoin’s network hashrate originates from Chinese-managed pools.

To remain secure, it’s necessary that no single party controls more than 50 percent of Bitcoin’s network’s hashrate. As such, the same research suggests that the Chinese government could influence these mining pools to censor specific users or miners, deanonymize users, weaken consensus, and destabilize the network.

Although the exact percent of the network’s hashrate coming from Bitcoin mining physically taking place in China is unknown, the abundance of cheap hardware and electricity in the country suggests that it leads in this area as well.

On Apr. 8th, China’s National Development and Reform Commission (NDRC)—an agency responsible for the macroeconomic policy which has broad administrative and planning control over the Chinese economy—announced it was planning to ban Bitcoin and cryptocurrency mining, as first reported by Reuters.

The Commission’s “Guidelines for Industrial Adjustment” categorizes industries the country wishes to encourage, restrict, or eliminate. The first set of these guidelines were published in 2011.

In the Commission’s most recent draft of the guidelines, Bitcoin and cryptocurrency mining was added to the list of activities slated for elimination:

Activities which are planned for elimination are mainly “backward” processes, technologies, and products. The Commission asserts these industries tend to violate local laws and regulations, have unsafe working conditions, waste resources, or pollute the environment. Thus, it seems the agency is of the opinion that Bitcoin mining fulfills one or more of these criteria.

CryptoSlate reached out to a major Bitcoin ASIC manufacturer. According to a source working at the firm, the ban would only restrict the physical mining of cryptocurrency and not the production of specialized hardware.

That said, the source also stated the ban would be disastrous for the company’s business because it would drastically reduce the number of customers who could buy their products. In such a scenario, ASIC manufacturers may need to pivot into niches like AI and machine learning hardware, suggested the source.

The employee also stated that the shrinking mining sector would affect the short-term confidence in BTC, implying that its price would be negatively impacted.

Given the stakes of the Commission’s decision, the company CryptoSlate reached out to plans on “sending suggestions” to the agency to avert the ban.

In contrast, Mati Greenspan, senior market analyst at eToro, suggested the ban is more likely to increase the price of bitcoin:

If this ban does end up happening its more likely to push BTC prices up than down.

The loss of cheap Chinese electricity would raise the mining cost, which is net positive on price.

It would also serve to kill the FUD that Bitcoin mining is centralized.https://t.co/OhVh8fUaXv

One theory that tends to resurface is how Bitcoin (and proof-of-work consensus more broadly) is vulnerable to Chinese interference. If mining is centralized in China, then the abolition of cryptocurrency mining in the country could limit China’s ability to tamper with Bitcoin—increasing security and further decentralizing the network. As a result, the development could increase confidence in Bitcoin.

Another metric Greenspan alludes to is the cost of mining per coin, a metric which is highly correlated with the price of BTC. The theory goes as follows:

As miners are displaced from China then mining would move to other higher-cost geographies and thus increase the cost of mining per coin, assuming the hashrate remains the same.

However, it’s possible that as miners are evicted and the overall network hashrate decreases, keeping the cost of mining stagnant while lowering the cost necessary to conduct a 51% attack. Furthermore, it’s disputed whether the cost of mining follows or leads the price of bitcoin, meaning it could have little impact on price despite its correlation.

To reiterate, the draft is still soliciting opinions and is not final law in China. However, once enacted bitcoin mining would be phased out immediately, according to the document. The Chinese public has until May 7th to provide comment.