China stocks are pumping like crypto, and analysts say it’s bullish for Bitcoin 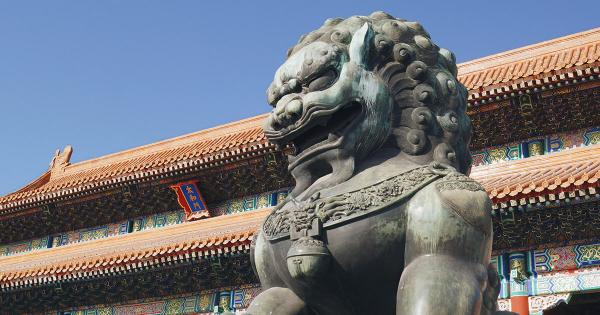 Dramatic moves in Chinese stocks over the past week are causing analysts to draw comparisons with 2015’s bubble.

Reports state retail traders across China are actively searching for high-risk, high-returns in traditional assets. As a consequence, however, this may cause upward movement in the crypto markets, say observers.

Driving the action in Chinese equities is low-interest rates and Robinhood-like investment products. SCMP noted Monday the government is also pushing for a “healthy bull market” as scrips see green.

The revered China Securities Journal even posted a full-page ad stating stocks are more important than ever in a post-pandemic environment. Sources add the term “open a stock account” is trending on both WeChat and Baidu.

Leverage offered by Shanghai and Shenzhen bourses is now half of its pre-bubble multiples. Chinese banks, the report suggests, are also withdrawing funds from the broader financial system to prevent a bank run and an eventual yuan deflation.

This is to prevent a $5 trillion bust-repeat of 2014-2015. At the time, Chinese stocks were at record levels, with several billion-dollar IPOs attracting widespread media attention.

As CryptoSlate reported last week, China is already touting checking large financial transactions as part of its digital yuan program. The latter is set for a 2022 launch closer to the Beijing Winter Olympics.

China’s a major part of the global digital currency and blockchain ecosystem, even as the country shuns Bitcoin and the broader altcoin market.

Its digital yuan project is among the largest CBDC rollouts in the world, while the BSN— which recently onboarded Chainlink—and Hainan’s “blockchain hub” initiatives remain the more prominent government-backed blockchain initiatives.

FTSE China A50 Index at new ATHs, surpassing 2015 mania levels. As a proxy for risk sentiment in China, this could bode well for crypto. pic.twitter.com/eESrwITAGo

“If you think Chinese A-shares breaking all-time highs is bearish for anything in crypto aside from bears’ ability to pay rent next month, phew.”

This is a major development. China just shilled its stock market in front of 1.4B people on national television. The risk-on sentiment might spill over to crypto. I'm reducing my shitcoin shorts and adding Defi longs. https://t.co/6uddvRp3Sb

However, not everyone is on board with a bullish sentiment.

Primitive Ventures’ Dovey Wan, known for her detailed takes on the Asian crypto markets, said the market cap of Chinese A-shares surpassed a staggering $10 trillion USD for the first time since 2015.

This will further suck in retail capital into equity market (both are 80% or more retail in China) so makes crypto market even more dull https://t.co/7s4MPWVJR1

Regulated or not, Bitcoin (and the broader crypto sector) remains heavily dominated by Chinese entrepreneurs and investments. More than 60 percent of the Bitcoin’s hash rate originates from the country, with one ex-regulator even calling it a “commercial success.”

Despite banning cryptocurrency exchanges, China may still have a big influence on the industry.