Despite China’s reluctance to regulate cryptocurrencies in the country, many anecdotes suggest higher officials both understand and acknowledge the potential of a digital currency-based economy. 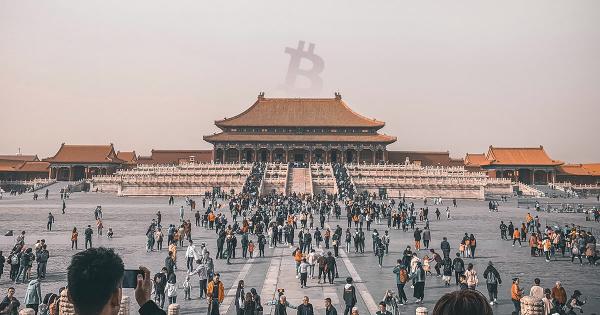 Photo by kit sanchez on Unsplash

Despite China’s reluctance to regulate cryptocurrencies in the country, many anecdotes suggest higher officials both understand and acknowledge the potential of a digital currency-based economy.

The latest Chinese official to speak about Bitcoin is Wu Xiaoling, former deputy governor of the nation’s central bank, the People’s Bank of China.

As reported by local publication Sina this weekend, Xiaoling considers Bitcoin the most commercially successful application of blockchain technology, adding countries and corporations have much to learn in terms of application.

Xiaoling points out digital currencies, or the digitization of existing currencies such as the Digital Yuan must be “rooted” in financial services. Examples include investments, financing, and fulfilling transactions via a verifiable blockchain framework.

She notes digital assets are versatile; finding their place as either a currency, payment instrument, virtual goods, and even as securities in certain frameworks. Xiaoling was presumably referring to the tokenization of real-world assets as “virtual goods,” an application of cryptocurrencies that some consider significant.

However, despite their positives, Xiaoling calls for “mature” management rules and financial infrastructure to support digital currencies. She explicitly notes the innovation does not supersede existing financial regulations:

“In the future, the digital currency will increasingly be integrated into social behavior, and we must have a prudent and objective understanding of it.”

Xiaoling, who currently serves as the chairman of Beijing’s Tsinghua University, wrote in “Talking with Leading Cadres about Blockchain” that no other application of blockchain technology has eclipsed Bitcoin.

As reported by CryptoSlate last month, the above-mentioned publication is aimed at Chinese parliamentary officials published by the Communist Party of China. It contains trends about blockchain and cryptocurrencies, including how digital currencies began and achieved popularity as a concept.

She indicates the volatility aspect is why governments treat Bitcoin as a virtual asset instead of a currency, as the latter has historically held stable values and do fluctuate daily.

Meanwhile, China continues to foray ahead with its grandiose digital currency plans. The country has earmarked millions of dollars for digital currency-ecosystems and is readying its Digital Yuan for the 2022 Winter Olympics in Beijing.