The plan to include cryptocurrency mining in China into a list of industries that would be banned in the country has reportedly been scrapped. 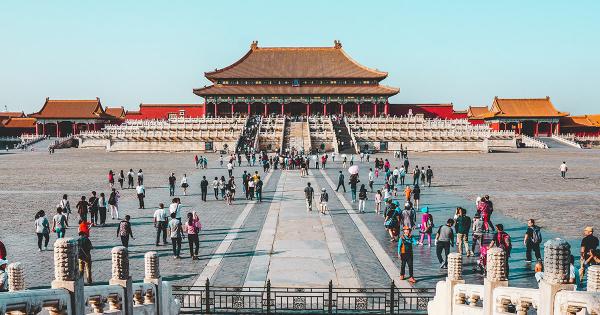 The plan to include cryptocurrency mining in China into a list of industries that would be banned in the country has reportedly been scrapped. Earlier this year, the National Development and Reform Commission (NDRC) in China revealed it was considering putting crypto mining on a list of banned industrial activities, which would have effectively phased out the industry from the country.

The future of the crypto mining industry in China has been uncertain for the past six months, as the country’s State Council has been considering implementing guidelines that would have forced the entire industry out.

Back in April, the Chinese National Development and Reform Commission (NDRC) published a draft proposal of its Industry Restructuring Catalog, in which it recommended that crypto mining be put on a list of industries to be restricted in the country.

However, the country seems to have scrapped its plans to blacklist crypto mining, as NDRC has published an updated version of its guidelines that come into effect on Jan. 1, 2020.

According to local media reports, NDRC, which works under China’s State Council, has removed cryptocurrency mining from the list of industries that should be removed from the country. The catalog contains detailed descriptions of what constitutes “virtual currency mining.”

Half of Bitcoin’s hashpower will remain in China

Officials from NDRC held a press conference on Wednesday, Nov. 6, where they explained their decision behind updating the draft they published back in April. The commission said they received over 2,500 suggestions on how to deal with various issues raised by the draft catalog, adding that most of them were “taken into consideration.”

While there were no comments on NDRC’s decision to scrap plans for phasing out crypto mining, the commission was most likely responding to overwhelming pressure from the industry.

It’s important to note that even if the commission hadn’t changed its draft proposal, crypto mining wouldn’t have been immediately banned from the country. The proposal only included guidelines for local governments advising them on how to gradually phase out the burgeoning industry from the country, not legislation outlawing it.

When the news about the potential “ban” broke earlier this year, many argued that it could ultimately be beneficial to the industry, especially Bitcoin mining. The problem with Bitcoin mining centralization has been a looming one and dethroning China as the place responsible for more than half of Bitcoin’s hashpower could have brought much-needed decentralization to the space.

But, the latest NDRC guidelines show that Bitcoin mining will continue to be centralized in China—at least for now.