In another surprise AMA session, Charles Hoskinson shared the latest updates on Cardano. 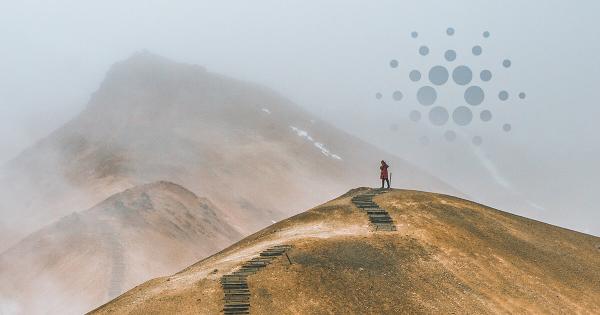 In another surprise AMA session, Charles Hoskinson shared the latest updates on Cardano. The CEO of IOHK said that October has been a month packed with action that could enable the first snapshot for the Shelley incentivized testnet to happen as early as Nov. 12.

The past month has been groundbreaking for Cardano, as the ambitious research-oriented blockchain project has received more press than in the entire previous year. Not only did IOHK, the company behind Cardano, launch several pilot projects and collaborations, it also upped the ante when it comes to communication.

Charles Hoskinson, the CEO of IOHK, held several hour-long live AMA sessions on YouTube, answering questions from the community about everything from concrete protocol upgrades to long term plans for Cardano. Cardano’s development team also discussed everything Cardano-related in a lengthy AMA, reinforcing the company’s incredible relationship with its close-knit community.

Two weeks after his first surprise AMA on YouTube, Hoskinson went back on YouTube to deliver more details about the upcoming incentivized testnet for Shelley.

The new era of the Cardano blockchain that is set to bring about staking saw its network testnet released in October. Since then, Hoskinson said, the company managed to “learn a lot” and correct an “enormous amount of bugs.” Cardano saw around 20 releases in the previous month alone, all of which solved the issues users brought to light within the testnet.

Hoskinson said that an average of three releases was put out every week for the past month and that commits to Cardano’s code were made every 30 minutes across Cardano teams.

While the company wanted to create an environment that would enable staking, they didn’t expect such a vibrant ecosystem of people running stake pools as a service to develop on the testnet.

A stake pool dashboard and a turnkey stake pool deployment system are in the works and a Shelley explorer is also being developed.

When it comes to the company’s plans for the next couple of weeks, Hoskinson said that they were focused on keeping the network testnet as stable as they can to ensure a good user experience later on.

And while Shelley’s network testnet was thriving, Cardano’s team was faced with a tough decision. Hoskinson expanded on his earlier statements, saying there was a “big internal discussion” on how to do the testnet snapshot. While a lot of thought went into it, Hoskinson said that the team would most likely go with two separate network snapshots—one for testing and one for actual deployment on the network.

The argument for having a “dry run” is that it will enable any and all bugs that arise to be resolved before the incentivized testnet officially launches. In that case, the network will run for a week or two to allow users to get comfortable with it and “get socializing,” he explained.

Once all the issues are fixed and all the conditions for the real testnet are fulfilled, the trial version will be shut down and the real incentivized testnet will be launched.

The first, trial snapshot will most likely happen on Nov. 12, Hoskinson said but steered clear from setting a fixed date for the launch. He noted that delays could happen, which is why the company still isn’t confident enough to set a definitive schedule.

Apart from helping users get to know the network, the point of having a dry run for the incentivized testnet snapshot is to help users verify they have keys to their wallets, Hoskinson said.

Users who want the ADA they hold to be available on the incentivized testnet will have to transfer them to one of the supported ADA wallets—Daedalus or Yoroi. Hoskinson called on the Cardano community to participate in the snapshot even if they don’t plan on staking on the incentivized testnet. He reiterated the importance of being able to restore your wallet and said the snapshot would be a great opportunity for users to regain control of their funds.

When it comes to Daedalus, Hoskinson said that the new version of the wallet was incredibly well received by the community. The wallet’s back-end was replaced with a Haskell backend, as Haskell is a “considerately better code.”

The Haskell backend will then be collected to Jörmungander, the node that implements the protocol that runs Cardano, which will stabilize it and create a solid base for the incentivized testnet.

When asked whether he believed Haskell or Jörmungander would become obsolete, Hoskinson said that none of the two would have been developed in vain. He said:

“It’s been invaluable having two testnets.”

Hoskinson added that there was a possibility both codebases could be ready for the mainnet release of Shelley. While both were “good protocols” to work on, Hoskinson admitted that the ultimate decision on whether to use the Haskell or Rust codebase will be “commercially oriented” and not made by the team.

Hoskinson spent some time talking code during the AMA, at one point commenting on IOHK’s refusal to use C++ when writing Cardano. Despite calling it a “horrible dreary language,” he said that there was a possibility Cardano could have achieved more and achieved it faster if it was written in a language such as C++.

Big businesses and governments aren’t a threat to Cardano

Many members of the Cardano community seemed worried that the project was facing tough competition—be it from other blockchain projects, government intervention, or intellectual property theft.

Hoskinson, on the other hand, didn’t seem worried at all. He commented on Microsoft’s acquisition of GitHub, saying that if “Microsoft went crazy” with their control of the platform, Cardano could easily move to another vendor.

In light of the recent crackdown on Facebook’s Libra, Hoskinson said that Cardano can’t be shut. The problem with Libra and other existing and proposed stablecoins is that they all require custodians, he explained. Those custodians represent a centralized entity that controls the fiat currencies used to back the stablecoin, which makes them an easy target for governments.

Unlike stablecoins, which are almost impossible to decentralize, Cardano is a community project, much like Bitcoin. He said:

“The fact that the U.S. government can’t hold an audit of Bitcoin is the testimony of the power of decentralization.”

While Cardano will be hard to shut down once it enters the staking era, the project is at risk from intellectual theft. Surprisingly, Hoskinson seems eager for a copycat to emerge:

“We’ll know we made it when there’s Cardano Cash or Cardano’s Vision.”

Although he said it jokingly, Hoskinson but was firm in his belief that copycats are what determines the value of a project. Bitcoin, he noted, was copied more than two thousand times without it ever harming its value or desirability.

Towards the end of the AMA, he addressed the recent BitMEX data leak, saying that it was a clear example of the need to move away from exchanges that use customer data.

When it comes to its competitors, Hoskinson showed nothing but respect to the projects that have the potential to overtake Cardano. He said everyone in the industry believes in the project they are working on, citing Ethereum’s Vitalik Buterin, ConsenSys’ Joseph Lubin, and Tron’s Justin Sun. All of them, he said, are “creating something useful” for humanity and it was up to the market to decide which project makes it to the top.

The incentivized testnet of Shelley, the next iteration of the Cardano blockchain, is set to roll out in November. 3 min read