While Ethereum was rolled out with the branding of being “The World Computer” capable of doing effectively anything that could be coded, the project arguably didn’t have a killer use case until recently. 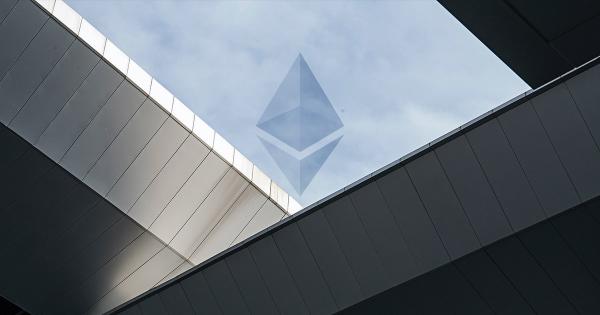 Photo by Ren Ran on Unsplash

While Ethereum was rolled out with the branding of being “The World Computer” capable of doing effectively anything that could be coded, the project arguably didn’t have a killer use case until recently.

Throughout Ethereum’s earliest years — especially in 2017 and 2018 — one of the primary uses for the blockchain was to act as a platform for initial coin offerings. That’s to say, entrepreneurs trying to become the next Satoshi Nakamoto and Vitalik Buterin were leveraging Ethereum to sell their own cryptocurrency.

Effectively, issuing tokens, decentralized gambling apps, and CryptoKitties were all the blockchain had to offer. CryptoKitties were so prevalent that it became the first ETH-based app to seriously clog the network, as the BBC reported and Etherscan data corroborates.

Despite the limited use cases, the cryptocurrency still managed to become the world’s best-performing assets, rallying 28,000 percent from dollars to approximately $1,400 over the 13 months from January 2017 to the early-2018 peak.

It was such a strong rally that at one point in 2017, there were analysts expecting the market capitalization of ETH to flip that of Bitcoin. Fittingly, this event was dubbed the “flippening.”

Impressive, for sure, but a top industry chief executive has argued that Ethereum has an even “higher ceiling” to rally towards this time around, this bull run around.

The reason: the project actually has a solid use case now, and that is decentralized finance, better known as “DeFi.”

While just two years ago, stablecoins and decentralized finance were not a prominent trend on Ethereum, they have become two use cases core to the blockchain over the past 12 months.

As it stands, $7.3 billion worth of U.S. dollar stablecoins like USDT, Circle’s USD Coin, and Paxos Dollar,

According to Ryan Selkis, chief executive of crypto researcher and data provider Messari, this development, along with the development of this crypto sector in the future, gives “ETH a higher ceiling” to rally towards in the long run. Whether this was in reference to Ethereum’s performance against the dollar or against Bitcoin isn’t clear.

+ near all time lows for the pair

Selkis’ comment somewhat contradicts that of Ryan Watkins, a researcher at his company who suggested in April that the invasion of Ethereum by Tether’s USDT and other centralized stablecoins may pose a long-term “threat” to ETH’s monetary premium.

Watkins wrote at the time in reference to how stablecoins could become the primary form of money on the Ethereum network as opposed to ETH:

“For ETH to defend its monetary premium, Ethereum must create demand for trust minimized applications that use it as collateral. ETH must not devolve into its naive early branding of digital oil.”

That said, the cryptocurrency does have its own scarcity mechanisms enabled by DeFi that is likely leading Selkis to have his bullish skew.

Selkis asserted that the propagation of DeFi and stablecoins bolsters ETH’s long-term prospects. But as he and many other analysts have admitted, it’s time for Bitcoin — and primarily Bitcoin — to shine over altcoins. As the Messari CEO put it best:

“[The] digital gold narrative will lead in this climate.”

After all, Bitcoin is the only investable cryptocurrency that has safe-haven characteristics, the most notable of which being its 21 million coin supply cap enforced by halvings.

Raoul Pal — a former Goldman Sachs executive and the current chief executive of Real Vision — corroborated the sentiment that Bitcoin will outperform for now. The Wall Street veteran indicated in a number of recent interviews that if you truly believe cryptocurrency is the future, Bitcoin is automatically the most reliable bet, with Pal branding BTC the “call option” on a decentralized and digital economy.