Data reveals how 2020’s Bitcoin halving has a drastic fundamental difference than the past two Shaurya Malwa · 3 years ago · 2 min read
This article is more than 2 years old...
News › Bitcoin › BTC Halving

Bitcoin’s now-concluded halving was the talk of the town in 2020. 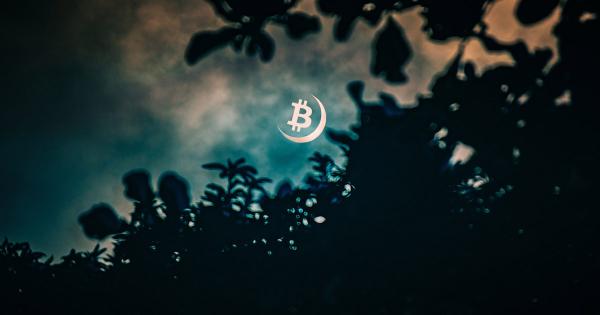 Photo by Virgil Cayasa on Unsplash

Bitcoin’s now-concluded halving was the talk of the town in 2020. The May 12 event saw immense media spotlight and institutional interest in the broader cryptocurrency space.

While some predicted an eventual drop in prices, others cite vastly changed economic and financial conditions than the past halving as a major differentiator.

Matt D’Souza, fund manager and operator of Bitcoin mining firm Blockware, noted 2020’s halving “rally” was unlike 2016’s unsustainable run, which at the time, saw Bitcoin surge by only 70 percent only to correct 33 percent and begin a 17-month long bear market.

Now, as the globe battles with the ongoing COVID-19 pandemic and reels from a strained economy; Bitcoin is emerging as a potential “hedge” against traditional assets, mainly due to its decentralized, stateless feature and unrestricted mobility for users.

2) Halvings are typically Buy the News, Sell the Rumor Events.
In 2020, I expect a shallower sell off than 2016 (we already corrected 20%) & only a 1.5-3 week duration max.
Now is the time to be patient & Hold – NOT day trade. The big money is in the sitting & capturing the Cycle

4) The Supply Side Economics has improved w/ the Halving & Demand Side is robust due to the exceptional fundamentals: $SQ's Cash App had a record quarter in BTC Sales – signaling retail participation (H/T @IgNoffs)
Paul Tudor Jones is a strong signal of what's to come from funds

While calling out the U.S. Federal Reserve’s reckless “money printing” that culminated into negative interest rates, D’Souza notes the Bitcoin network has eventually deleveraged. 16 percent of miners, he claims, have “shut off,” creating a “better environment” for cryptocurrencies to rally.

But markets are now rallying down. As CryptoSlate reported this week, the Federal Reserve has finally given a grim prediction for the economy. Stock markets around the world are coping with the long-term effects of COVID-19, which include potentially drastic changes in transportation, supply chains, and travel.

The decoupling is underway:

•Stocks selling off and back below where they started May
•BTC bounce continues with slow & steady rise https://t.co/FUYbF8k4h3

Cryptocurrencies and blockchain technology, however, look safe. Volatility has dropped, BTC and other large-cap crypto addresses are surging, and companies are integrating blockchain-based platforms at a time when development is otherwise fledging.

Another important feature — absent from prior halvings — is the maturation of Ethereum as a crypto-asset and its upcoming 2.0 “Serenity” update.

On May 13, individual addresses holding upwards of 32 ETH hit a previously unseen 114,620 wallets.

A look at Glassnode’s on-chain data for ETH wallets illustrates the point:

After the Ethereum network shifts to a PoS algorithm, investors and traders will be incentivized to hold at least 32 ETH to run validator nodes and earn risk-free interest on staked funds. The benefits are two-fold, network security increases in proportion to operational nodes, and investors get a better return for funds (in terms of ETH) against the vanilla buy-and-hold strategy.

Ethereum’s strong fundamentals coupled with global investors searching for places to put their money creates a ripe environment for cryptocurrencies — one that serves as a growth catalyst not present in earlier years.