The troubled lending and borrowing platform has laid off workers and made a significant loan repayment in recent days. 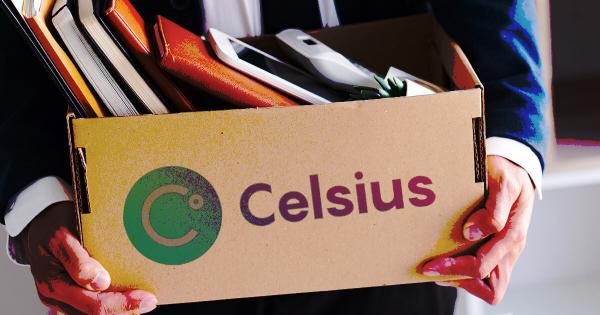 According to the tech website CTech, Celsius Network laid off 150 workers in a bid to stay operational.

The troubled lending and borrowing platform announced a pause on withdrawals on June 13, citing “extreme market conditions.” In the weeks before the announcement, rumors were circulating that the company was insolvent, a claim denied by CEO Alex Mashinsky at the time.

Since then, it emerged that a significant factor in the company’s downfall was a failure to manage risk appropriately. Commenting on Celsius’s woes, Campbell Harvey, a professor of finance at Duke University, said:

“Come on, given the volatility of this space, you need to do some basic stress-testing.”

Similarly, the beleaguered crypto investment platform Three Arrows Capital (3AC) filed for Chapter 15 bankruptcy on July 1. Many wonder if it’s a matter of time before Celsius does the same.

Helpline open for users to get in touch

Celsius users were left in limbo following the announcement to pause withdrawals three weeks ago.

Since then, with the threat of bankruptcy looming, the company has gone radio silent, leading to further frustration on the part of users.

On June 30, Celsius broke the silence by posting a blog update saying it was working to “stabilize liquidity and operations.” It continued by referring to taking necessary steps to “preserve and protect assets” and exploring options such as “pursuing strategic transactions” and restructuring.

“we are focused and working as quickly as we can to stabilize liquidity and operations.”

The blog post also publicized a helpline number and messaging service for users to get in touch.

The previous communication was on June 20, when the company said it was working with regulators and authorities.

Is Celsius fighting back?

Despite the patchy and vague communication from Celsius, its actions suggest that management is intent on salvaging the company.

Although Celsius does not provide official numbers for its workforce, its LinkedIn page gives a range of between 501 and 1,000 employees. According to the business information research platform, Owler, Celsius has 850 employees. If so, the layoffs represent an 18% cull in staff numbers.

Celsius has paid down another $50M toward the Aave loan!

This is massive! @CelsiusNetwork continues to work toward freeing up customer funds. They are doing exactly what we want to see!! 🔥 https://t.co/j1kLm1H0ow pic.twitter.com/bXXNTVxZKr

Celsius CEO under fire as Committee of Creditors, DFPI implicate him