Celsius holds more Bitcoin than any other company

Celsius overtakes MicroStrategy as the company with the biggest Bitcoin hoard. 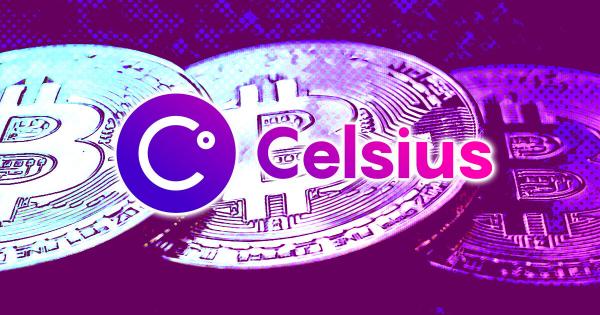 MicroStrategy lost its reign as the company with the largest bitcoin holdings after Celsius announced that it now holds over 150,000 BTC.

The DeFi lending and borrowing platform made the announcement at the Bitcoin 2022 conference in Miami on April 7th, saying that Bitcoin was a key factor in Celsius’ mission to provide financial freedom.

Tushar Nadkarni, chief growth and product officer at Celsius, made the announcement during the Onboarding Retail panel at the Bitcoin 2022 conference. He said the Celsius team was dedicated to increasing the simplicity, accessibility, and security of their platform and that building solutions for Bitcoin was a key aspect of its business.

Despite Celsius’ vast offering, Bitcoin still plays a key role on its platform. This is due to the fact that Bitcoin ownership has an unbreakable tie with the financial freedom the crypto industry set out to provide, Nadkarni said, adding that:

“Our mission at Celsius is to put unparalleled economic freedom in the hands of the people, and Bitcoin ownership is a key factor in that freedom.”

He also said that the approach Celsius has taken has so far been hugely successful:

“There is no greater validation of the Celsius approach than the fact that our community trusts us with their Bitcoin, and, by extension, their financial future.”

With just over 150,000 BTC, Celsius now has more bitcoins than MicroStrategy, which recently grew its holdings to 129,218 BTC with the purchase of an additional 4,167 BTC. However, MicroStrategy remains the publicly traded company with the most Bitcoin.

According to Bitcoin Treasuries, Block.one is the only private company that owns more Bitcoin than Celsius — 164,000. When it comes to other Bitcoin holdings, the Grayscale Bitcoin Trust leads the way with over 654,000 BTC.

To further expand its Bitcoin offering, Celsius also announced that it will begin offering Bitcoin as a wrapped asset through CelsiusX, its DeFi arm. This significantly increases the company’s offering of wrapped assets, which currently include assets for Cardano (cxADA), Ethereum (cxETH), and Doge (cxDOGE).

Just like its other wrapped assets, cxBTC will also be launched on the Polygon blockchain. Alex Mashinsky, the CEO of Celsisus, said that cxBTC will enable Celsius to create an interoperable, cross-chain world for Bitcoin.

The current Celsius, 3AC situation may not be as bad as rumors suggest