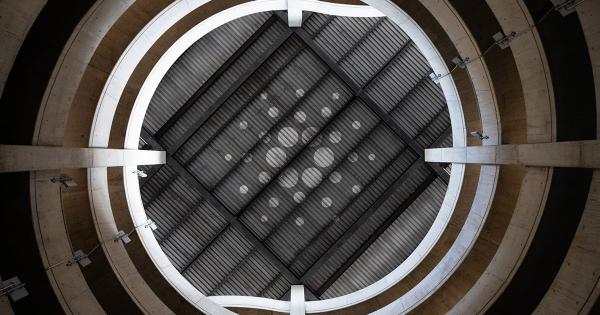 Photo by Pascal Meier on Unsplash

Cardano’s Goguen team has spent the first two weeks of November working on bringing native token and token locking functionalities to the Ledger hardware wallet. In the latest Goguen rollout development update, the team revealed that they kicked off the Marlowe Alpha grogram and gave the community a glimpse of the work that’s set to be done in the following weeks.

Goguen, the era of Cardano that is set to bring about smart contract functionality to the blockchain, is getting closer to release each day. With several teams working in parallel on various aspects of Goguen, we’ve begun seeing more frequent updates about the progress of its development.

According to Poulpoulos, the token locking functionality has been added to the Ledger hardware wallet, allowing users to find both the earliest and the latest time at which funds from an address can be sent. The Ledger team then implemented the native token feature to the hardware wallet, followed by an effort from the consensus team to switch the support for native tokens and token locking on.

After a successful launch of the Plutus Playground last month, the Goguen team spent the past two weeks focusing on developing the Plutus Foundation and rolling out a Playground refresh.

The end of October saw the beginning of the Marlowe Alpha program, essentially a Marlowe version of the Plutus Playground. The team under Hulchenko spend most of November working on further changes to its UI, consolidating the changes introduced in the alpha rollout.

A significant amount of effort was also spent updating the Marlowe videos on the Cardano YouTube playlist, which left the team free to spend the next two weeks planning the following releases in line with the Plutus Application Framework readiness.

Those looking to develop applications either in Marlowe or Plutus will benefit from the significantly updated dev tools. The team produced a PoC for the Plutus Core section using the extensible interface file format. It will use serialization to enable top-level round-trip bindings and IfL monadic “type-check” retyping. While the update is still in review by the Plutus team, it’s expected that it will be approved in the following days.

The GHC version 8.10 is now also integrated into haskell.nix, enabling developers to use it for Cardano nodes, Plutus, etc.

All of this is just the beginning of a massive undertaking that lies ahead of the Goguen teams. Poulpoulous noted that the teams will spend the following weeks finalizing the details of serialization, writing more conformance, property, and system tests for the native token and token locking functionalities. The Cardano API changes should also be completed and an integrated Node should be ready around the same time.

A rough restyling of the Plutus Playground is also planned for this month, as is the Plutus chain index modification that will deal with rollbacks.

When it comes to Marlowe, a dedicated team will investigate the use of the Haskell version of the Marlowe interpreter and finalize the automation of contract execution. After that, work should be done on completing the Foreign Export for Haskell to JavaScript compiler, Poulpoulus revealed.