Cardano update: IOHK fired up for DeFi, mobile clients for Daedalus, and CBDCs

With multiple teams both inside and outside of IOHK currently working on Daedalus and Goguen, the first week of October has been largely uneventful for Cardano. 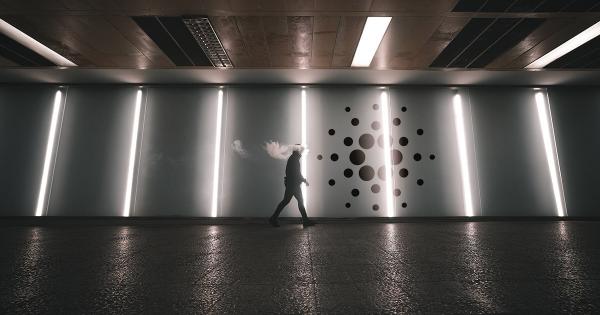 Photo by Arw Zero on Unsplash

With multiple teams both inside and outside of IOHK currently working on Daedalus and Goguen, the first week of October has been largely uneventful for Cardano. Charles Hoskinson, the CEO of IOHK, grabbed the opportunity to discuss what lies ahead for Cardano in the next few years, revealing that mobile clients for the Daedalus wallet and integrating CBDCs were very high on IOHK’s list of priorities.

A restless October is ahead of Cardano

The increasing popularity of super fast and super risky DeFi projects has cast a shadow on other protocols that tend to take a more slow and steady approach to development. This is the case with Cardano, one of the most ambitious blockchain projects to date that has constantly been plagued with criticism about its slow development and blindness to the fast-paced nature of the crypto industry.

After toning down the work across all reams in August to take some much-needed rest, IOHK ramped up development in September, establishing a two-week release cadence. October, however, will lack the in-your-face results we’ve seen in September, but not due to a lack of action within IOHK.

In his latest YouTube video, Hoskinson said that teams across IOHK will spend the month working hard on improving Daedalus. With two or three other releases expected to happen by November, it certainly won’t be a quiet month for Cardano.

Hoskinson explained that the increased workload required the company to take on help from other companies. Daedalus has been broken down into core components, which have then been packaged into bunches and sent to third-party teams and companies to work on. Implementing this kind of workstream allowed the company to work on many different things in parallel, Hoskinson explained.

These things also include Goguen, the upcoming iteration of Cardano that’s set to bring about smart contracts. However, it will take a few more weeks before any concrete projections on Goguen can be made.

A detailed presentation about Cardano’s ERC-20 converter will be published sometime at the end of the month. Around the same time, IOHK will begin showcasing the third-parties working on Cardano.

“Cardano is their project as much as it is ours,” Hoskinson said in the video.

When it comes to concrete dates, the only thing Hoskinson revealed was that the technical requirements for the Daedalus identity center should all be met on or around Oct. 15.

Fired up for a Cardano-centered future

With no concrete dates for October releases and updates, Hoskinson discussed things that might await Cardano not just in the weeks and months to come, but also years down the line.

What he’s most excited about is decentralized finance (DeFi) and its rapidly growing popularity. By the time Cardano becomes all set to become a go-to financial platform for a significant number of people, the yield farming craze should have subsided and a more stable market will be able to take its place, he explained.

Cardano’s value proposition couldn’t be more different than the majority of protocols that are currently dominating DeFi—it’s providing as many people as possible with economic identity. That’s why IOHK partnered with the United Nations (UN) earlier this year and is currently pursuing a small pilot that would test out Voltaire, the blockchain’s upcoming governance functionality. Hoskinson said that, as a company, IOHK will most likely continue working with the United Nations “forever,” as the two entities share a very similar goal. And with goals, business models, and ambitious overlapping, launching a concrete product is just a matter of time.

“It’s just a matter of convincing the UN that Cardano’s solution set is the same as their own solution set,” he explained.

And it’s not just the UN that IOHK managed to find a common language with. Cardano’s value proposition has attracted an unmanageable amount of projects looking to migrate from the Ethereum network. Hoskinson estimated that there are currently around 90 potential deals looking to make the switch to Cardano, but added that the sheer number of interested parties will make it impossible to onboard all of them in any reasonable amount of time. This required IOHK to expand its team even further, with Hoskinson saying that there are currently 52 ongoing hires in the company.

IOHK ready to give up control, but not to stop working

Hoskinson also took the time to address some of the controversies surrounding Cardano and its governance. He addressed the backlash the Cardano Effect podcast received for asking the community to fund 24 episodes of the show with 750,000 ADA.

“That’s the way it should be,” he said, explaining that the fact that every single ADA that comes from Cardano’s treasury belongs to all users, which gives them the right to question both where it’s going and why it’s going there. He encouraged people to always ask for a cost breakdown of every single project that applies for funding and never stop questioning where Cardano as a whole is going. The ultimate goal for IOHK is to slowly release control over the protocol and give it to ADA holders, who Hoskinson believes should be the only ones that decide on its future.

And for those questioning the involvement of the Cardano Foundation in the project’s roadmap, Hoskinson said that it was an independent entity with its own mission and a limited mandate. It’s not and never will be in control of Cardano and will never have veto power over any decision made about the protocol. This was something Hoskinson realized would be a problem back in 2018, when the Foundation sent a cease and desist letter to IOHK after it signed an MOU with the government of Ethiopia. Headed by Michael Parsons, the Foundation requested that it’s consulted before IOHK makes any partnerships and decisions that will affect Cardano. This, as Hoskinson later explained, stood against everything Cardano was about and was expediently solved.

But, deciding to give up control over Cardano’s governance doesn’t mean IOHK will stop working on improving the blockchain. Hoskinson said that the company’s plan for the next five years is to focus “aggressively” on developing mobile clients for Cardano. The goal is to create client diversity when it comes to Daedalus, which means that we could be getting Rust and Java versions of the wallet.

Another major thing IOHK will be focusing on involves central bank digital currencies (CBDCs). Hoskinson said that he already has a strategy on CBDCs, revealing that multiple central banks in African countries approached IOHK with a proposition to integrate their national currencies with Cardano. While the introduction of native assets on Cardano will certainly make this possible, Hoskinson said that he wants to focus on utilizing CBDCs issued on blockchains with a universal basic income (UBI) program.

SingularityNET migrating a portion of its network to Cardano from Ethereum