While decentralized finance is seemingly the most exciting aspect of the crypto market, projects in the space still have relatively small valuations compared to top blockchains. 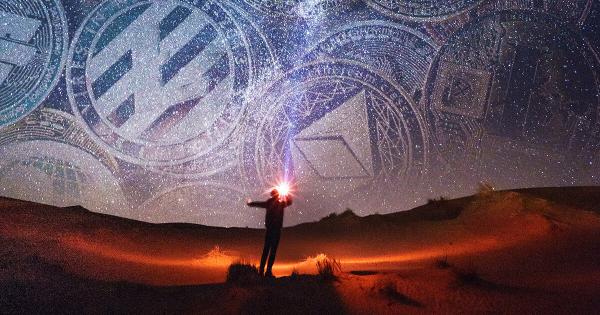 Photo by Yun Xu on Unsplash

While decentralized finance is seemingly the most exciting aspect of the crypto market, projects in the space still have relatively small valuations compared to top blockchains.

This may seem fair: Yearn.finance is a single protocol while the aforementioned projects are entire blockchains. But according to a Google engineer, the discrepancy between the valuations of DeFi protocols and “second-generation” blockchains is a byproduct of manipulation.

How do “projects worth no future” have billions

Google Payments engineer Tyler Reynolds thinks that it is illogical that XRP, Bitcoin Cash, Bitcoin SV, EOS, Cardano, and Stellar Lumens have market capitalizations “more than double” that of YFI.

To Reynolds, along with many others in the DeFi space, these blockchains have “no future” due to the lack of adoption they’ve seen thus far.

As to why they have these networks tout multi-billion-dollar valuations, he cited three factors. In his words:

How do they have these valuations?
1) Restricted circulating supply
2) Market manipulation
3) Extensive marketing to vulnerable

With the Bitcoin forks, this is provably true: while forks like Bitcoin Cash and Bitcoin SV have circulating supplies similar to that of Bitcoin, not all investors claimed their forked coins, meaning there are likely millions unclaimed.

Some have pushed back against Reynolds’ inclusion of certain projects in the list, such as Cardano and EOS.

One investor, Allen Hena, noted that “ADA and EOS should be taken off that list” because they are “legitimate projects with an active community.” Hena added that he is speaking without bias as he does not have a financial interest in those projects.

Other investors made similar comments, dismissing Reynolds’ claim that some of the coins listed have no future.

ADA and EOS should be taken off that list.

I own none of either but they are legitimate projects with an active community.

As Ethereum and its protocols have seen a strong uptick in adoption compared to their competitors, many have said that the value of other blockchains has decreased. But with extremely high Ethereum transaction fees, this may only be postulation for now.

Although it may be feasible to see less competitive blockchains hold their high valuations, analysts expect the billions locked in “ghost” blockchains to flood towards DeFi and, by extension, towards Ethereum.

As reported by CryptoSlate previously, Eric Conner, a prominent Ethereum commentator who works on Gnosis, once said:

“The ghost chain reckoning is coming. There is well over $50bn in market cap value for chains no one uses. They will all be usurped by DeFi apps with actual use by the end of this market cycle.”

This has been echoed by a number of fund managers in the space.

Jason Choi of the Spartan Group, a cryptocurrency venture and hedge fund, commented in July that Bitcoin forks, including the venerable Litecoin, could lose market share to BTC and Ethereum as DeFi yields entice billions in investment:

“I can’t find a defensible thesis for most $BTC forks (LTC, BCH, BSV) over the long term. With the emergence of fee-accruing tokens in DeFi, seems natural that capital parked in these glorified digital pet rocks either flow to BTC or to DeFi.”