Charles Hoskinson, the CEO of Cardano and one of the co-founders of Ethereum, provided some context to Cardano’s plans for the future ahead of the company’s April 17th IOHK Summit in Miami. 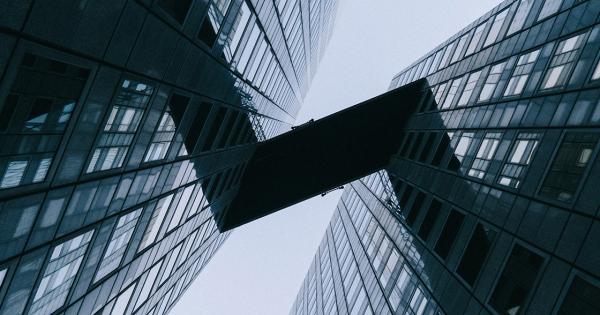 Charles Hoskinson, the CEO of Cardano and one of the co-founders of Ethereum, provided some context to Cardano’s plans for the future ahead of the company’s Apr. 17th IOHK Summit in Miami. His latest interview revealed the company’s target markets and how Cardano will enter them.

In an interview with BlockTV’s Yael Lavie, Charles Hoskinson, the CEO of IOHK, spoke about the problems the crypto industry faces. Hoskinson’s appearance on BlockTV’s Fireside Chat is just one of the many interviews the engineer gave during the past week in an effort to shed more light onto Cardano and the company’s efforts to better the market.

Hoskinson started out by agreeing with the statement that there is an ongoing governance crisis in the crypto sphere. Until now, there hasn’t been a recorded case of establishing “stable structures that were both leaderless and global.” Cryptocurrencies have managed to challenge that, which is why the industry faces so many problems when it comes to regulating itself.

When asked about the increasing trend of a single person being both responsible for a company’s development and its official face, Hoskinson said that blockchain’s very nature prevents a cult of personality from being created.

Therefore, Cardano is focused on creating tech that doesn’t depend on the will of one person or entity in order to go against the “rule of the few” that has plagued the entire global financial system.

That is also the main reason why Cardano has established formal methods in peer review. According to Hoskinson, these math-based methods ensure the process is durable and can survive any single personality or a select group of leaders undermining the system.

The Colorado-based engineer then went on to describe his view of the industry. He responded to a question about when the industry will achieve “perfect operability,” saying it is much harder than it might seem.

The PC took several decades to figure out, Hoskinson said, but then the web standard was completed in under 15 years. As time progresses, tech development moves increasingly faster, which is why both Bluetooth and WiFi proliferated quickly.

When it comes to cryptocurrencies, Hoskinson described perfect operability as the ability to move information, state, and value between different ledgers. This, he said, was anywhere between 5 and 10 years away. And while most protocols and standards could take much less time to mature, regulators will be the biggest determining factor.

Hoskinson pointed out that mass adoption and so-called “perfect operability” won’t happen everywhere and it most certainly won’t happen at the same time. Many regulators “simply won’t want to do that,” he said.

He did, however, say that there has been a lot of regulatory innovation in the past 2 years. With the turf between the Commodity Futures Trading Commission (CFTC) and Securities and Exchange Commission (SEC) becoming more clear, and an acceptance of cryptocurrency ETFs could be on the way, Hoskinson noted.

The main reason why this might not happen as soon as the crypto market wants is the fact that regulating a multi-billion dollar economy requires careful deliberation. Because the market is not run by institutional investors and is financed with retail investor money regulators are put in a tough position between protecting consumers and enabling the market to grow.

Another thing that might delay mass adoption is the scope of a global market, Hoskinson said, with many institutions and entities involved in policing different parts of the market adding complexity. It will take time before conformity in regulation is achieved since there is no single authority that can regulate the entire market.

Regulated or not, the cryptocurrency market is a volatile one. But, when asked on how the company deals with the oscillating prices and market downturns, Hoskinson had a very positive outlook. He said that drastic spikes in the market don’t worry him as he’s been through six collapses in the crypto sphere. Hoskinson noted that while the market is sufficiently large, crypto is not a free nor a fair market, as it frequently falls victim to insider trading and fake volume reports.

However, he acknowledged the power such spikes had on the entire crypto sphere; it gets more people interested in the industry. Hoskinson said, “any visibility is positive for the space.” He added that as more people start questioning the nature of money and value the more recognition cryptocurrencies can get.

The project Hoskinson and his company are working on, while loosely based on the principles of Bitcoin, aim to create a third-generation of blockchain—not engage in short-term, high-risk speculation. It’s a natural extension to Ethereum, which, in Hoskinson’s words, became a victim of its own success.

While putting a programming language on a blockchain opened up a whole new world of possibilities, it lacked the scalability, interoperability, and built-in governance the market was looking for.

Despite being a highlight of crypto-related news in the past few weeks, Cardano is trying to move away from the mainstream cryptocurrency bubble. The company is currently developing the newest iteration of blockchain tech, dubbed blockchain 3.0, which it wants to bring to the masses.

Hoskinson said that Cardano’s target market are countries who don’t have developed financial infrastructure, such as Ethiopia, Rwanda, Uganda, Mongolia, and other developing economies. Solving the problems of remittance and micro-finance in these places is Cardano’s priority, he said. Passing and implementing laws that govern financial issues is much faster in developing nations and its effects can be felt more rapidly.

In order to facilitate that, Cardano has already partnered with Tangem, a Swiss manufacturer of hardware wallets for cryptocurrencies. Having low-cost cards that act as crypto wallets for offline payments could help “propel some of these emerging economies into the 21st century,” Hoskinson said.

Get your friends and family together to watch Charles Hoskinson’s keynote speech at the upcoming IOHK Summit for a chance to win Cardano-branded Tangem cards! Find out how here: https://t.co/7PzEurcEVc #Cardano2020 #CardanoCommunity pic.twitter.com/B4LWZ4E7tg

And while the technology is three to five years from where it needs to be, the hundreds of engineers and developers working on solving this problem will eventually form an offline, off-chain, and infinitely scalable blockchain system.

The problems Cardano is working on solving are in line with Hoskinson’s own vision of the future. When asked what his dream world would look like in 2030, he said he’d like the instantaneous exchange of different assets enter the mainstream. This would be done through a universal wallet which would have all kinds of assets living in one interface–everything from air miles, stocks, bonds, and gold, to crypto and fiat currencies.

Putting people in control of their finances and making individual decisions on which assets to hold, and where, is something both Hoskinson and the entire Cardano network are striving for. While most of the crypto industry agrees that the current financial system is far from ideal, it seems that Hoskinson and Cardano are the ones that have progressed the furthest away from it.