The US Securities and Exchange Commission (“SEC”) has recently stepped up its enforcement actions against virtual currency exchanges and Initial Coin Offerings (“ICOs”) that violate federal securities laws. 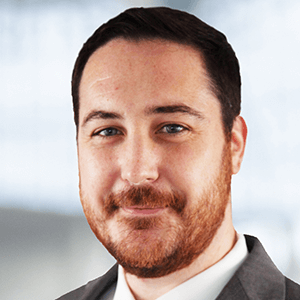 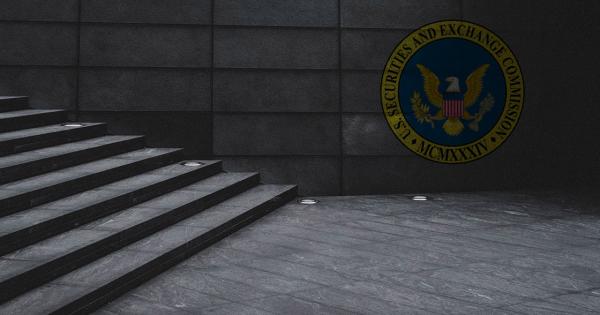 The US Securities and Exchange Commission (“SEC”) has recently stepped up its enforcement actions against virtual currency exchanges and Initial Coin Offerings (“ICOs”) that violate federal securities laws.

Due to the highly technical nature of virtual currency and its underlying technology, the area long operated as a sort of financial Wild West, with consumers and unskilled investors falling prey to overly risky investments and outright frauds. Since November 2018, however, the SEC has issued at least four virtual currency-related enforcement actions and put the industry on notice that it will be monitoring its actions.

What are Virtual Currencies, ICOs and Blockchains?

Understanding the relationship between virtual currency exchanges, ICOs, and federal securities laws, at even a basic level, requires an understanding of certain underlying terminology. The SEC has provided a useful primer.

“A blockchain is  an electronic distributed ledger or list of entries—much like a stock ledger—that is maintained by various participants in a network of computers.”

The most well-known example of blockchain technology is the Bitcoin blockchain; however, hundreds of public blockchains exist. Blockchains use cryptography to process and verify virtual currency transactions on their ledgers. A virtual currency is a digital representation of value that companies and investors can buy and sell.

Recently, some companies have begun using virtual currency—typically referred to as virtual “coins” or “tokens” – to raise capital. As the SEC explains in its Investor Bulletin, promoters of these virtual tokens frequently tell purchasers that the capital raised from the sales of these virtual tokens will be used to fund the development of a digital platform, software, or other projects, and that purchasers can expect a return on their investment or participate in a share of the returns provided by the project.

Purchasers are typically able to use fiat currency—i.e., government-backed legal tender—or other forms of virtual currency to buy these virtual tokens. At the same time, other companies have begun to open “virtual currency exchanges”: platforms enabling investors to exchange virtual funds, including virtual coins or tokens, for fiat or virtual currency. Both of these services may be subject to securities laws.

The SEC has determined that virtual tokens frequently meet this definition and are therefore securities within the definition of the Securities Act. See, e.g., Report of Investigation Pursuant to Section 21(a) of the Securities Exchange Act of 1934: The DAO, SEC Release No. 81207, at 11–14 (July 25, 2017), (hereinafter “DAO Report”; the DAO in this report is an example of a Decentralized Autonomous Organization, which is a virtual organization executed on a distributed blockchain). To the extent offerors of virtual tokens that meet this definition fail to register the securities with the Commission, they have violated the securities laws.

In addition, the SEC regulates “exchanges,” and under the Securities Exchange Act of 1934, it is unlawful for an exchange to effect any transaction in a security unless the exchange has registered with the Commission as a national securities exchange or is exempted from such registration. 15 U.S.C. §78e.

The Exchange Act defines an “exchange” as “any organization which provides a market place or facilities for bringing together purchasers and sellers of securities or for otherwise performing the functions commonly performed by a stock exchange as that term is generally understood[.]”  15 U.S.C. § 78c(a)(1). The SEC has stated that virtual currency exchanges may constitute non-exempt exchanges under the Exchange Act. See DAO Report at 17.

The SEC’s recent spate of enforcement actions against ICOs and virtual currency exchanges demonstrates the application of these interpretations of the securities laws to four such entities. First, on November 8, 2018, the SEC settled charges it had brought against Zachary Coburn, the founder of EtherDelta, for operating an unregistered virtual currency exchange. EtherDelta provided an online platform for secondary market trading of ERC20 tokens, a blockchain-based token frequently used in ICOs. Mr. Coburn agreed to pay nearly $400,000 in disgorgement and penalties.

On November 16, 2018, the SEC settled cases with two companies that sold virtual tokens through ICOs: CarrierEQ Inc., also known as Airfox, and Paragon Coin Inc. The companies raised $15 million and $12 million, respectively, through their ICOs, without registering the tokens as securities. The companies both agreed to pay $250,000 fines to the SEC.

At the end of November 2018, the SEC reached an informal resolution of charges it brought against two celebrity endorsers of ICOs, boxer Floyd Mayweather Jr. and music producer DJ Khaled. In both cases, the celebrities had failed to disclose that Centra Tech Inc. had paid them significant sums to tout the company’s upcoming ICO on their social media accounts. Collectively, the two celebrities were forced to pay the SEC over $860,000 in disgorgements and penalties.

Finally, on December 11, 2018, the U.S. District Court for the Northern District of Texas ordered that Jared Rice Sr. and Stanley Ford, two former executives of AriseBank, pay nearly $2.7 million in disgorgement and penalties for their role in perpetrating a sham ICO scheme in an effort to defraud investors.

For example, surveys have shown that over 58 percent of Bitcoin investors are between 18 and 34 years old. It is critical that the SEC continues to take steps to protect these vulnerable investors from unstable and/or fraudulent virtual currency operations.

Katz, Marshall & Banks is a boutique whistleblower and employment law firm, specializing in the representation of plaintiffs in the areas of whistleblower law, employment law, sexual harassment law, and civil rights and civil liberties within the workplace. The attorneys at Katz, Marshall & Banks are nationally recognized for their expertise in whistleblower matters, including navigating complicated whistleblower programs through the Securities and Exchange Commission and other federal agencies. They are resolute advocates for their clients, and highly regarded as some of the toughest plaintiffs’ attorneys to face. The firm is based in Washington, DC, with an office in Philadelphia.

The Securities and Exchange Commission announced in a press release that it has settled charges against EtherDelta founder Zachary Coburn. 2 min read

In a press release today, professional boxer Floyd Mayweather and music artist DJ Khaled were charged by the SEC for failing to disclose payments received for promoting an allegedly fraudulent ICO. 3 min read