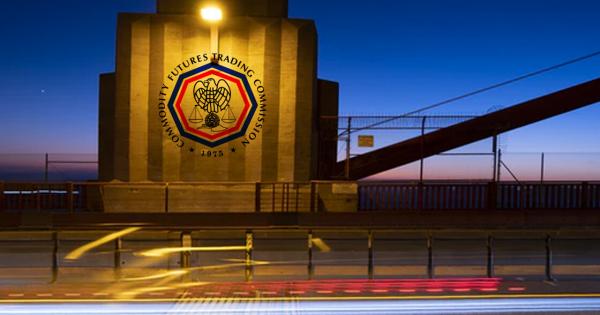 In an interview with CNBC’s Fast Money on Monday, Commodity Futures Trading Commission (CFTC) Chair J. Christopher Giancarlo discussed cryptocurrencies, saying he thought they were here for the long haul.

Could help in countries with weak currencies

Giancarlo said during the interview that he thought the countries who could use cryptocurrencies the most were those facing a crisis of faith in their own currency:

“There’s 140 countries in the world, every one of them has a currency. Probably 2/3 are not worth the polymer or the paper they’re written on, and those parts of the world rely on hard currencies. Bitcoin cryptocurrency may solve some of the problems.”

Rising inflation in Venezuela, for example, has rendered the already hard to find bolivar practically useless. Promoting the state to launch a government-backed cryptocurrency this week called the Petro to try and solve the problem. That cryptocurrency is, according to the Venezuelan government, backed by the nation’s commodities, specifically the price of its oil.

Giancarlo said its exactly these countries that need a functioning currency, and that crypto could possibly step in and fill that gap. He predicted it would be something like a decade before we saw any real adoption, however.

“I personally think that cryptocurrencies are here to stay. I think there’s a future for them.”

He did, however, tempering his support with pragmatism, saying that a more slow and cautious approach will likely be necessary to help institutions like the SEC and his own CFTC figure out exactly how to regulate and deal with crypto. He also stated that he wasn’t sure they’d ever been on equal footing with hard currencies like the dollar.

So how did the chairman recommend navigating the crypto space today? What he termed a “two-handed approach.” On one hand are regulatory authorities who can help protect investors and prevent fraud, and on the other those who would drive innovation in cryptocurrency.

In response to the fear that innovation in cryptocurrency overseas would leave the United States behind if it doesn’t adopt cryptocurrency soon, Giancarlo said he believed the U.S. was already leading the way in crypto innovation, citing the fact that the U.S. moved the first Bitcoin derivatives forward.

“There’s no question that we’re leading the way in a number of areas.”

Today marks the first day of the CFTC’s first ever fintech conference at its headquarters in D.C. The event will play host to regulators, thought leaders, traders, and the general public this Wednesday and Thursday. The conference, called FinTech Forward 2018: Innovation, Regulation, and Education, will explore cryptocurrencies, cloud computing, machine learning and other areas with applications in the world of financial technology.

The decision stems from a case in September, in which the creators of cryptocurrency My Big Coin (MBC) were charged with fraud and the federal court refused to allow their motion to discuss the case. The official release on the ruling states:

“This is an important ruling that confirms the authority of the CFTC to investigate and combat fraud in the virtual currency markets.  This ruling…recognizes the broad definition of commodity under the CEA, and also that the CFTC has the power to prosecute fraud with respect to commodities including virtual currencies.  We will continue to police these markets in close coordination with our sister agencies.”

The court agreed in its ruling with the CFTC’s assertion that MBC is, in fact, a commodity, pointing to the fact that BTC futures are currently being treated as commodities and under CFTC jurisdiction. The court moved to accept the broad definition of commodities as goods, articles, and services “in which contracts for future delivery are presently or in the future dealt in.”

The court also rejected the defendant’s assertion that the CFTC could only prosecute them based on market manipulation, stating that the broad interpretation of “commodities” included any kind of fraud, whether or not market manipulation is present.

The CFTC alleges the defendants have been scamming people since 2014, convincing them to buy into what they sold as fully functional crypto but was, in fact, a sham. The makers of MBC misled investors to believe the coin could be used, was actively trading, and was backed by gold. Instead of investing the $6 million raised into the project’s development, the defendants spent it on homes, jewelry, and fine art, according to the court.

All defendants in the case are being charged with commodity fraud and misappropriation related to the solicitation of customers.

CFTC Commissioner Says We Are Witnessing a ‘Revolution’, Cryptocurrencies Are a ‘Modern Miracle’

U.S. Judge Rules Cryptocurrencies Can Be Treated as Commodities

US Regulatory Authority and Singapore to Collaborate on FinTech Innovation Initiative

Making its way into the mainstream, blockchain continues to garner attention from governments around the world.