Cardano (ADA) price drops to yearly low; here are the two main factors behind the decline 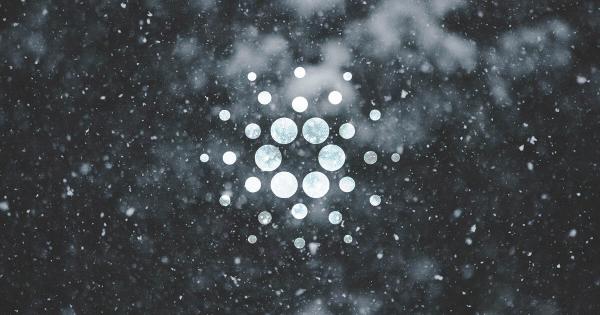 Despite seeing a consistent increase in developer activity and progress with its roadmap, Cardano (ADA) slipped to levels unseen since the Bitcoin price dropped to the $3,000s in December 2018.

During the second week of December last year, the price of ADA was hovering at around $0.031 on major cryptocurrency exchanges like Kraken. At the time, the Bitcoin price dropped to as low as $3,121 on BitMEX and other widely utilized trading platforms.

This week, the price of ADA reached a low $0.03, hitting the lowest point in over a year.

#1: Weakness of the altcoin market

XRP, Ethereum, and ADA have all recorded a decline in price year-to-date. ADA, in particular, dropping more than 25 percent since January 1 from $0.04 to $0.03, despite having an active and strong community behind it.

It is difficult to define 2019 as a bear market given the strong performance of Bitcoin over the last 11 months. But, in the traditional financial market, an asset or an index is considered to be in a bear market when it falls by more than 20 percent from recent highs.

As of Dec. 23, the Bitcoin price is down by 46 percent from its yearly high at $13,900 and as such, BTC and the crypto market are technically still on a bearish trend.

#2: Cardano (ADA) has a strong tech with high developer activity but no commercial apps yet

GitHub commits are an accurate indicator of the developer activity of a blockchain network because it shows how frequently a codebase is updated with new features or solutions.

Over the past 12 months, based on the data from CoinCodeCap, Cardano has consistently had a high number of GitHub commits at 14,611. That is a higher commit number than most top cryptocurrencies like Ethereum and Stellar. Cardano founder Hoskinson recently said about the Shelley testnet launch:

“Very happy about the launch. Lots of minor issues and intermittent bugs reported. We will cut a new release with updates to Jormungandr, the wallet backend on December 23rd to sweep up these issues. Merry Christmas.”

In 2020, Cardano will also see the start of a new development phase called Voltaire. It will focus on the governance side of the Cardano blockchain network to further increase its level of decentralization. The Cardano roadmap says:

“When both a voting and treasury system are in place, Cardano will be truly decentralized and no longer under IOHK’s management. Instead, Cardano’s future will be in the hands of the community, who will have everything they need to grow and evolve Cardano from the secure, decentralized basis established by IOHK.”

Still, the majority of decentralized finance (DeFi) platforms and decentralized applications (DApps), which have most of the active users across smart contract protocols, are on Ethereum.

The difficulties of the previous council of the Cardano Foundation in pushing the commercial aspect of the blockchain protocol are said to have contributed to the stalled growth of Cardano as a smart contract network for decentralized platforms. Regardless, 2020 is shaping up to be the most important year yey for ADA and the Cardano community.

Cardano celebrated the launch of the Shelley incentivized testnet, as it debuted with hundreds of pools and over 2.6 billion ADA staked.

Cardano’s price has been slow to recover since its 2017 drop despite major strides made in the launch of the Shelley era.

Cardano was the most actively developed coin in 2018 by GitHub commits.