Brave is currently working on integrating an Ethereum, Ledger, and Trezor wallets in their browser, which would allow users to earn and store funds directly into a self-custodied wallet. 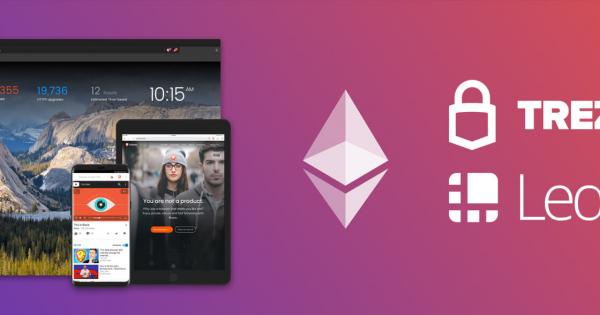 Brave is currently working on integrating an Ethereum, Ledger, and Trezor wallets in their browser, which would allow users to earn and store funds directly into a self-custodied wallet. While the company is yet to officially announce the news, screenshots of the project’s Github repository show progress.

Although Brave has quietly been improving its software and has not made any major updates within the last month, Brave has been quietly working on its own crypto wallet—one that would drastically change the way its users deal with cryptocurrencies.

As per the Ethereum wallet, the repository said that the “Brave browser wallet” will enable users to access dApps and store cryptocurrencies and crypto collectibles. Users will also be able to trade tokens anonymously without trading fees.

The news about a future Ethereum wallet integration was well received by the Brave community. The Reddit thread where the news first broke was flooded with positive comments, with many users saying the move would be a major improvement for Brave.

Not only will users be able to gain more control over the BAT they earn, but they also won’t have to jump through several ERC20 and MyEtherWallet hoops in order to transfer their earnings to a third-party wallet.

According to a bat-christcat, a forum moderator and member of the BAT team—the new wallet would be separated from users’ Brave Rewards wallet. However, users will be able to send their earning from Brave Rewards to the new wallet.

Once more wallet options are introduced, Brave will most likely provide a “bring your own wallet” solution that would allow users to link a bare Ethereum address with their Brave Rewards wallet. That same Ethereum address could also be associated with the new wallet Brave is working on, the moderator explained.

Get $5 in free Basic Attention Token (BAT) to donate to the websites of your choice.

Proposed changes to Google Chrome, the browser of choice for 63 percent of devices, would cripple ad blockers and other privacy-enhancing extensions. 3 min read

Brave browser is currently testing a new feature that will allow its users to tip tweets with Brave Rewards. 2 min read