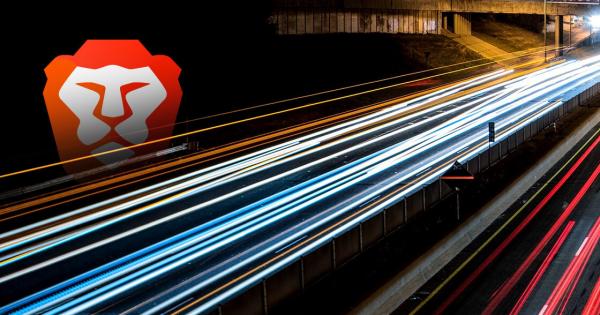 Among mobile web browsers downloads, Brave has pushed its way into third, narrowly behind Google Chrome by Play Store rankings. Through a combination of innovative features including a native cryptocurrency, built-in privacy, and a streamlined experience, the app has been able to make headway in a well-entrenched industry.

Data from AppBrain suggests that Brave browser is gaining considerable traction among Android users. On the Google Play Store, Brave browser muscled its way into second place for two weeks before getting overtaken by Chrome in May.

Although the ranking algorithms for both the Google Play Store and the Apple App Store are proprietary, however, app developers seem to agree that user ratings, number of installations, and monthly active user counts are the most important factors.

How Brave Stacks Up Against Incumbents

Search volume around the app has also increased dramatically. Publicity from features such as the launch of Brave Rewards—allowing users to opt-in to view ads for Basic Attention Token—pushed the visibility of the browser ahead of both Firefox and Opera.

Meanwhile, Chrome still retains a large lead in search volume, largely because of its dominant position among desktop devices. Chrome currently has a 70 percent market share by active users.

On mobile, the data shows a slightly different story. Safari is the dominant browser thanks to its default status on the iPhone. However, that lead has been eroding to Google Chrome, likely due to slumping iPhone sales globally.

Alternative mobile browsers such as Firefox are barely visible on the charts. Brave browser is part of the minuscule “Other” category, not seen on the chart and dwarfed by the two leading browsers for mobile.

Chrome’s dominance is largely attributable to winning the browser wars against Firefox and Internet Explorer in the late 2000s. Launched in 2008, Chrome was able to absorb market share from the ailing Internet Explorer to become the leading browser by the number of users by the end of 2011.

Google has since cemented its position by making Chrome the default browser on most Android devices, the mobile operating system developed by Google. Other devices such as the Chromebook also have the browser pre-installed.

In terms of total potential users, Brave Browser has an estimated 24 million Play Store downloads. Meanwhile, Google Chrome has over one billion installations.

Nonetheless, Brave has demonstrated incredible traction—and interest is growing. AppBrain currently estimates that Brave is getting over one million monthly downloads on Android. For comparison, Firefox and Coinbase are registering 756,000 and 88,000 downloads, respectively.

If Brave remains focused on its unique value proposition while continuing to innovate in the field, it is possible that the Brave browser—and its Basic Attention Token—become dominant players alongside Chrome and Safari.