West Virginia, who made history as the first US state to use mobile blockchain voting in a midterm election, plans on using the same technology for the 2020 presidential elections. 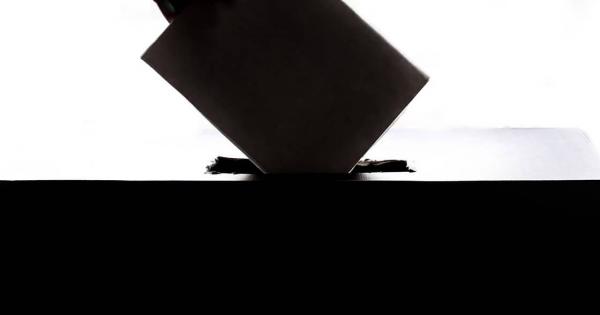 West Virginia, who made history as the first US state to use mobile blockchain voting in a midterm election, plans on using the same technology for the 2020 presidential elections. While the state’s first trial was only limited to military voters stationed overseas, the 2020 elections could see statewide implementation.

In 2018, West Virginia made history by becoming the first US state to use blockchain technology in voting. The state enabled military voters stationed overseas, or UOCAVA voters, to cast their ballot via Android or Apple smartphones, CNN reported in July 2018. While only residents of select West Virginia counties were able to vote this way, the overwhelmingly positive response took officials by surprise.

According to the Federal Voting Assistance Program, only 7 percent of overseas voters turned out for the 2016 presidential election. Donald Kersey, elections director and deputy legal counsel in the West Virginia Secretary of State’s Office, said that out of fewer than 1,000 overseas ballots cast, 144 people voted with the app, but more than 200 additional voters downloaded the app during the midterms.

Kersey said the state hadn’t anticipated these level of interest, as there was no targeted education or strong marketing campaign. “That’s a really good response rate for someone to use a brand new technology,” he added. In an interview with LongHash he elaborated on his future plans for the app:

“Ultimately, the plan is to do it again in the presidential election. We would love for this to become a part of West Virginia’s voting.”

Safety is a primary concern for any voting activity, especially online. Kevin Beaumont, online security researcher took Twitter by tweetstorm when he found multiple abnormalities and insecurities in the Voatz platform.

This is going to backfire. West Virginia are moving to mobile phone voting for this midterm elections – software is a ‘Blockchain voting system’ by “Votez”, a 2018 startup with $2m of funding https://t.co/478mhg4CT6

The tweetstorm highlighted some allegedly grave security concerns, including database credentials being saved in plain text and shared on GitHub, expired SSL certificates, lack of security officers, not being decentralized enough, and their security audit companies denying any relationship with them. With the threat of Russian hacking looming large these are serious concerns.

Though Voatz allegedly has its fair share of problems, it appears that it was able to make voting for military personnel easier. However, their claim that the Voatz app will not function if the app “detects malware in the system” does sound optimistic.

Despite many words of praise that came from some of the country’s most reputable news sources, such as Forbes and CNN, West Virginia’s blockchain voting movement received a lot of backlash, too.

Critics were quick to attack the project, with some saying the project lacked sufficient research or security assurances. Other developers have called the project the “Theranos of voting,” alluding to the fact that the entire company might be nothing more than a “money-grab.” This was in line with a large portion of the sentiment on Twitter, where users seemed largely suspicious of Voatz, the startup that provided the technology.

The prevailing question was how can the user be sure that the mobile devices used for voting are secure. Kersey said that the state enabled the app to scan the device for malware (which is an entirely different privacy concern). If it detected a compromised folder or any sort of bug, the app would prevent the ballot from opening.

Voatz also responded to the issue by regularly issuing patches and upgrades, Kersey said. “It’s not a case where the state just blindly trusts that things get done. We stay on them.”

He explained that, for now, West Virginia plans to continue putting votes on a blockchain. However, implementing such a system on a national level will have to wait, he said, as politicians will tend to stay out of it “because of federalism issues.”

Despite the technology’s potential, Kersey doesn’t believe it will replace poll voting. He explained that going to the polling place to cast a ballot represents an important American tradition, one that will need more than a single election to overwrite. However, that process could begin Nov. 3rd, 2020, during the next US presidential election.

Is the Blockchain the Right Tool to Fix Voting Problems?

A group of researchers from The Initiative for Cryptocurrencies and Contracts (IC3) laid out in an op-ed published October 19 why they believe the blockchain may not necessarily be the tool to fix America’s troubled voting system. 3 min read

West Virginian troops serving overseas will cast their midterm election ballots on the blockchain, making them the first to use the state’s new distributed ledger-based mobile voting app. 2 min read

Thailand’s main opposition Democrat Party has become the first in the world to use blockchain technology in a live electronic voting system involving more than 120,000 voters for its primary election, Zcoin announced in a press release on November 13. 2 min read