Is the Blockchain the Right Tool to Fix Voting Problems? John Bogna · 4 years ago · 3 min read
This article is more than 2 years old...
News › Adoption

Is the Blockchain the Right Tool to Fix Voting Problems?

A group of researchers from The Initiative for Cryptocurrencies and Contracts (IC3) laid out in an op-ed published October 19 why they believe the blockchain may not necessarily be the tool to fix America’s troubled voting system.

A group of researchers from The Initiative for Cryptocurrencies and Contracts (IC3) laid out in an op-ed published Oct. 19 why they believe the blockchain may not necessarily be the tool to fix America’s troubled voting system. In fact, they say, it could exacerbate some of our current problems.

Voting by #blockchain could add new risks to our elections — including making it easier to buy votes, Ari Juels @Cornell_Tech writes in @MarketWatch. https://t.co/1icEPcI4Vb

One reason was the fallibility of computers and the internet. They can break down, be destroyed, or be hacked by malevolent actors, compromising the voting data. The mere possibility of that happening dilutes trust, the foundation for any voting system and that some would argue America’s is already lacking.

The article even went so far as to compare internet voting systems to drunk driving, quoting cryptographer and MIT professor Ronald Rivest when he compared the safety of the two, saying in an interview:

Internet outages could bar people from voting, systems that aren’t regularly updated are vulnerable to attack by hackers, and even if they are updated regularly, IC3 contends it isn’t worth taking the chance that an undiscovered vulnerability could compromise the system.

Bad actors, they also argue, are always looking for new ways to make trouble, and a computerized voting system would give them the perfect opportunity to show some serious discord.

The third concern raised was that a blockchain voting system would rely on computerized devices, and not people. While the blockchain may record a vote securely, the possibility still exists for that vote to be changed by an infected device before it’s logged on the chain:

“If your phone is infected with malware that switches your vote from Candidate R to Candidate D, it doesn’t matter how secure the rest of the voting system is – the election has still been hacked.”

Some creators of these new online voting systems are allegedly not making their code available to the public, meaning an independent party isn’t able to audit it and examine for security flaws before the system is put into use.

The final red flag raised by IC3 is the possibility of buying votes in an all-online system. Strict criminal penalties and secret ballots currently make bribing people for votes difficult to do, but the article contends an online voting system would make it a lot easier. People could be bribed with untraceable crypto to cast their vote a certain way, and voting on the blockchain could potentially eliminate voter secrecy by posting traceable identifiers to the chain. Foreign perpetrators of bribery or fraud would also be difficult to bring to justice.

Online Voting Already in Use

West Virginia has rolled out a mobile voting system in August built on blockchain tech that allows soldiers stationed overseas to cast their ballots back home. West Virginia Secretary of State Mac Warner climbs the app is secure and has undergone rigorous testing, including audits of the code, before being allowed to move forward. Security measures include biometrics and face recognition.

Switzerland is also experimenting with online voting systems it touts as successful. The Swiss city of Zug implemented a test of a mobile blockchain-based voting in July of this year, according to Swiss news outlet SwissInfo. While they considered the trial run a success, participation was low. 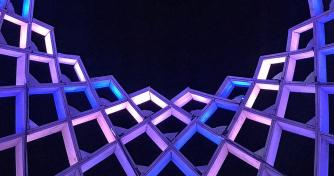