EHRs are used in healthcare to generate and collect patient data. The goals of EHRs are to improve patient outcomes, increase efficiency and lower costs through better data accessibility and decision-making support.

However, in the case of Cerner’s $4.3 billion EHR, the problems were so severe, that some clinicians quit in fear that they would harm, or even kill, those they were supposed to treat.

An anonymous doctor working with the system reported:

“We took a broken system and just broke it completely.”

Because of the military’s stringent cybersecurity, physicians were regularly kicked out of the system, causing delays and frustration in patients and physicians alike. Referrals and orders were lost, and essential health information was sent to the wrong hospitals.

Ultimately, the problems were so severe, that the VA Secretary David Shulkin, decided to delay signing a $10 billion contract to have Cerner cover 19 million people in the military and VA.

In 2009, the Affordable Care Act required electronic health records to be incorporated into medical practices.  However, even in today’s healthcare system, where 86.9% of office-based physicians have some EHR system, access to health care data is still a significant problem.

Despite all the advances in medicine, different EHR systems do not communicate efficiently, and the primary means of transferring health records are still through fax machines and snail mail.

For more data-intensive information, like imaging, a patient may have to pick up a disc and take to their provider.  Delays in access to medical records can lead to unnecessary medical errors, duplicate tests, and other added costs.

Not only is it detrimental to the health of consumers (in theory, all of us) but it is also incredibly frustrating to doctors.  Frustration with EHRs is linked with an increased rate of physician burnout.

In 2017, Neal Patterson, the former CEO of Cerner passed away.  One of the biggest influences in his drive to improve access to health care data was the frustrating experience of having to physically print out every single medical note about his wife, for each specialist.  Before succumbing to breast cancer, she noted:

“It’s the noise in the health care system that will drag you down.  That’s what I call the train wreck.”

As mentioned above, the current process of transferring medical data is tedious and unreliable.

Through blockchain technology, patient data could be added to the ledger, creating one universal health record for each patient.

New information from different providers would add to that ledger.

This would help circumvent the problem of poor interoperability between EHRs, as the one universally accepted record would decrease the rate of medical errors and reduce the time required for record reconciliation.

Providing a single version of a patient’s complete health record through blockchain would allow a patient to focus on their health, instead of gathering and organizing their health information.

Being able to review their health records quickly would also empower patients to be active participants in the physician-patient relationship.

Medical records are highly personal.  That also makes them highly valuable and worth hundreds to thousands of dollars on the black market (in comparison, social security and credit card numbers are 10 and 25 cents, respectively).  This makes hospitals significant targets for hacks. One of the blockchain’s greatest strengths is security through decentralization.

Robert Lord, a cybersecurity expert, and co-founder of Protenus said:

“The medical record is the most comprehensive record about the identity of a person that exists today.”

Projects in the Space

There is room for improvement in the massive $21 billion and growing electronic health records market.  Some blockchain projects currently working to innovate the EHR space includes Medibloc, Medicalchain, and Patientory.  Apple is also working on bringing healthcare records to the iPhone. 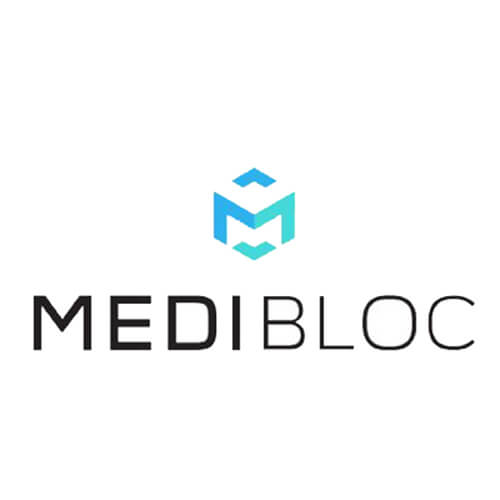 While there is a massive opportunity for blockchain-based companies to improve EHRs, some considerations for their mass adoption include complex healthcare laws, user-friendliness, costs, and how well they consolidate existing records.

Competing in an industry that is notoriously slow to change, the new companies will have to exhibit a clear advantage over existing systems.

Although it is early, blockchain technology demonstrates great potential in solving some of EHR’s most significant problems.  It may one day indeed, help deliver, “faster, better, and far better quality care.”