Blockchain Is Powering the New Energy Landscape, Centered Around People 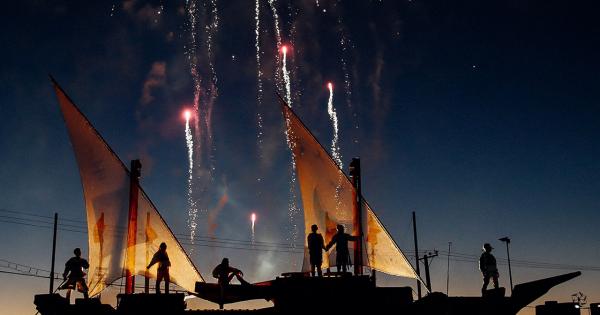 Photo by Evelyn Paris on Unsplash

Peter Davies is the Founder & CEO of Verv, a team of machine learning experts in the energy sector who have created a blockchain based peer-to-peer renewable energy trading platform that allows those with renewable technologies to sell excess energy to their neighbors at an affordable cost.

Communities, neighborhoods, cities, and states will instead benefit from the rise of ‘prosumers’ who will produce green energy (like solar power) for themselves and sell excess power directly to their neighbors at an affordable cost.

Currently, around 1.1 billion people live without access to electricity, according to the International Energy Agency.

There is both a moral demand and an economic sense of urgency to ensure there is universal access to electricity, and the unlocking of renewable energy sources provides a solution that is both cost-effective and climate-neutral.

Not only are we going to see the rise of the prosumer, we’re going to see local energy microgrids which are able to operate autonomously from the national grid become a thing of their own, while the advancement of machine learning and blockchain technology emerge to benefit global energy inclusion.

The rise of the prosumer

Renewable energy technologies like solar panels have changed the energy model from one that was a one-way street to one that enables consumers to generate and use their own energy to power their homes.

Solar power is the best way for people, particularly in remote villages in developing countries that lack proper energy infrastructure, to generate electricity without needing to tap into a national energy grid.

But battery storage has been a game-changer in taking this one step further. Battery storage allows people to store the renewable energy that they generate so that they can use it as and when they need it, as opposed to being reliant on the sunshine to power their solar panels in real-time for example.

And consumers with solar panels often produce far more energy than they need. By adding the battery storage element, they can sell this excess energy directly to their neighbors via blockchain and IoT technology – a much better option than having it go to waste or sold back to the national grid at a very minimal cost.

These energy consumers become active prosumers who can produce, store and sell their own energy within their community, thus improving access to affordable green energy.

And the power of the prosumer becomes really impactful when you scale this up into a full peer-to-peer energy trading network whereby energy from multiple local sources is traded daily.

It can be said that peer-to-peer energy trading platforms, literally speaking, put power back into the hands of the consumer, all the while improving their access to affordable and green energy.

Microgrids will be key

Microgrids powered by new technologies will be fundamental to the new energy economy as old centralized energy grids struggle to keep up with energy demands.

Every year, millions of small renewable energy generating units are being added to the energy system, such as wind turbines and solar systems.

As decarbonization, decentralization, and digitization transform the energy sector, smart microgrids are going to be needed to operate independently of larger grids if necessary to offset any disturbances.

A microgrid initiative is currently underway at a London social housing community (Banister House Solar) in Hackney which features solar panels on 13 of the blocks of flats. Currently, the solar panels power the communal areas but the residents are unable to use the energy to power their homes due to the current structure of the UK electricity market.

Using battery storage and IoT technology like Verv’s which uses blockchain and AI, the residents are able to actually benefit directly from it as energy can be allocated and sent to different flats based on their consumption needs

The initiative to install solar panels in London social housing is lead by Repowering London, a not-for-profit organization that specializes in facilitating the co-production of community-owned renewable energy projects.

By teaming this initiative with innovative technologies like blockchain and AI to unlock this solar power for the residents, the goal is to empower residents to be energy self-sufficient as a community and eventually have the ability to operate independently of central energy grids when necessary.

Microgrids will essentially offer a more flexible energy grid system where the trading of cheaper, greener energy is facilitated.

To facilitate the digitization and distributed nature of energy trading, the internet of things, machine learning, and blockchain technology are going to assist in creating an energy system that is competitive and drives efficiency.

New technology has developed new networks of producers and consumers and completely new business models for buying and selling energy.

With the use of AI-based IoT hubs like Verv that can sample energy data coming into a home at up to 5 million times faster than smart meters, energy consumption can now be tracked down to the very appliance.

The use of machine learning and AI can add another layer of intelligence to that information, using detailed household consumption profiles and predictions around the supply and demand of energy to establish optimal times and prices to buy and sell surplus energy to other energy users within a peer-to-peer network.

That peer-to-peer energy trading can then take place via a secure and transparent ledger on the blockchain.

The paradigm shift in the new energy landscape is clearly not just about the shift from non-renewable to renewable energy, but one shifting from central energy providers to a distributed network of prosumers.

People and communities will now be at the heart of the global energy landscape.