BlackRock CEO Larry Fink said Thursday that while he hasn’t entirely written off the possibility of his company trading crypto assets, he thinks the industry still needs time to mature.

BlackRock CEO Larry Fink said Thursday that while he hasn’t entirely written off the possibility of his company trading crypto assets, he thinks the industry still needs time to mature.

“I wouldn’t say never, when it’s legitimate, yes,” Fink said at the New York Times Dealbook Conference, held in Manhattan when asked about the possibility of crypto-based exchange-traded funds (ETFs). Fink was one of the conference’s scheduled speakers.

The NY based firm currently has over 6 trillion in assets under its management as of March 2018, and has been approached by crypto companies like Coinbase seeking to launch their own crypto ETFs, but is yet to enter the space.

Fink’s concerns with the current state of the cryptocurrency space echo those of other investors wary of getting involved. Namely, that the lack of regulation and backing for crypto-assets makes it too risky. He stated during the conference that crypto would have to be backed by something stronger before Blackrock gets involved, saying:

“It will ultimately have to be backed by a government. I don’t sense that any government will allow that unless they have a sense of where that money’s going for tax evasion and all of these other issues.”

Fink also pointed to crypto’s anonymity, notably Bitcoin’s, and the fact that it’s been used for criminal activity in the past, in places like the dark web. He did, however, say his company was “a huge believer in blockchain,” predicting its usefulness in mortgage applications like ownership and “anything that’s labored with paper.”

Records of land rights and ownership have long been touted as a benefit that blockchain technology can provide, and some governments like New South Wales and Sweden are already making use of the tech.

Other Institutions Jumping In

Fink seems to be the exception to the rule lately, as several large institutions have put their money into the crypto investment space in just the last couple of months. Money from Yale’s endowment fund was put toward two major cryptocurrency investment groups, and Fidelity Financial just launched its own crypto custodian and trading service for institutional clients.

As far as government backing, different government entities have tried their hand with crypto, to varying degrees of success.

India appears to mirror Fink’s view, moving away from crypto but embracing the blockchain. Malta, Singapore, and Gibraltar are all looking to rigorous regulatory frameworks to try and attract quality clientele. Japan just decided to vest the country’s self-appointed crypto regulator with government authority to police its exchanges. Venezuela’s Petro coin has only just launched to the public but is already steeped in controversy.

While America’s regulatory framework for cryptocurrencies is still catching up, many are diligently working to make it happen. Companies like Gemini and Bakkt have partnered with well-known entities in the Wall Street world to try and create a more secure environment and foster a higher degree of trust.

The Securities and Exchange Commission (SEC) and Commodity Futures Trading Commission (CFTC) are still working their way around the issue, with the SEC doubtful and CFTC Chair J. Christopher Giancarlo optimistic yet cautious.

The very nature of cryptocurrency makes it hard to regulate, and users may rebel against the overregulation and centralization of digital assets, creating a barrier to mainstream individual adoption. 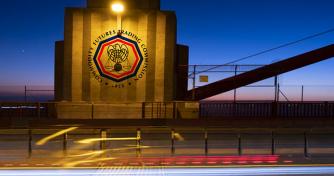 BlackRock Eyeing Blockchain and Crypto In Spite of CEO’s Stance