If you’ve been on Crypto Twitter any time over the past year, you’ve likely seen much discussion about Bitfinex’s Ethereum market. 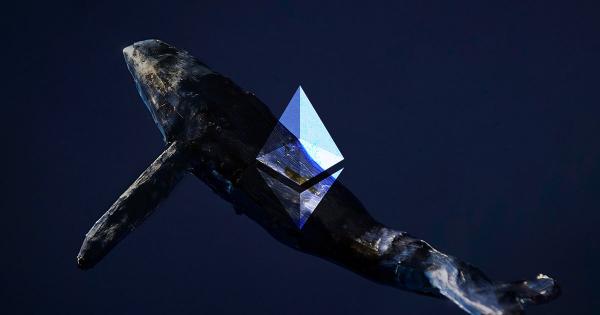 Photo by Fábio Hanashiro on Unsplash

If you’ve been on Crypto Twitter any time over the past year, you’ve likely seen much discussion about Bitfinex’s Ethereum market.

Bitfinex publishes a live feed of the number of longs there are open in its markets. Analysts had noted that there was a strong influx of Ethereum longs this past year. It reached a point where there was a material amount of ETH (over 1.5 percent of the circulating supply) locked up in Bitfinex longs.

Some thought it was a glitch, though according to analysts, those positions in the second-largest cryptocurrency were legit. Equally as interesting, the Bitfinex whale that opened this position has begun to claim its position.

Large Ethereum long is being closed by a whale

As noted by crypto-asset analyst “Light,” the $1.7 billion long opened on Bitfinex by an unknown entity has started to shrink over the past few days via what is known as a “claim.”

A claim on Bitfinex is when a margin trade is converted into an exchange trade, meaning the cost to borrow capital is settled to the lender.

The long was opened starting in February and March, suggesting that this investor has been bullish on Ethereum since it was trading under $200 early in 2020. At the current price of $1,200, this investor is up by over $1 billion on this position.

Interesting time to close 1 month before CME futures and launch and below ATH but at $1200 level of interest. pic.twitter.com/ZUMmHyGvoq

This position being claimed comes at an interesting time, as Light notes.

In February, the CME is expected to release CFTC-regulated futures for the Ethereum market. This will represent one of the first times institutions will be able to obtain meaningful exposure to Ethereum.

As a result, analysts have argued that this is decisively bullish for the ETH price. As analyst and economist Alex Krüger explained:

“People mostly remember how bitcoin hit its top on 2017 the exact day the CME $BTC futures launched, and proceeded to crash right after. They forget that the CME launch drove price from 6K to 20K, +225% in 2.5 months. The launch of CME $ETH futures is extremely bullish.”

On the other side of that coin, though, analysts note that the market is clearly in a phase of euphoria, with the price action exceeding what many believed was possible just months ago.

Earlier this week, Michael Novogratz, the CEO of Galaxy Digital and a former Goldman Sachs partner, said that Bitcoin is primed to pull back after the 100 percent rally over the past four weeks.