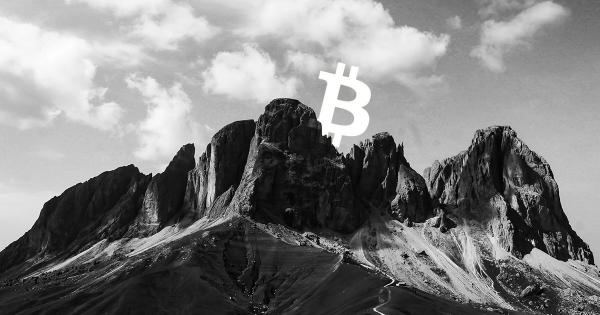 As Bitcoin’s mining rewards halving fast approaches, the cryptocurrency is showing unprecedented signs of both technical and fundamental strength.

Not only has the benchmark crypto been able to post a major rebound from its mid-March lows of $3,800, but it has also been able to form greater fundamental strength – as seen by its hash rate reaching fresh all-time highs.

Further adding to the growing list of factors counting in bull’s favor is the fact that investors are continuing their “flight to safety” as the Coronavirus pandemic shows few signs of letting up anytime soon.

Research and analytics platform Glassnode spoke about this key network metric’s growth in a recent tweet, offering a chart showing the tremendous growth it has seen in recent times.

It is important to keep in mind that the halving will lead to a temporary decline in hash rate due to its catalyzing capitulation amongst miners.

Smaller operations who rely solely on their minted BTC to fund their operations will be particularly impacted by this event, as its effect on their profitability will be quite significant.

For the larger miners that continue supporting the cryptocurrency’s network after this event takes place, the reduction in block mining rewards will likely incentive them to hold their crypto until BTC’s price climbs higher, thus alleviating some of the selling pressure placed on Bitcoin in the near-term.

In the long-term, its bullishness stems primarily from the reduction in new supply hitting the market each year.

Bitcoin’s over 130 percent climb from its year-to-date lows has allowed it to significantly outperform virtually all major traditional markets, including traditional safe-haven commodities and equities.

This strength comes as investors take “flight to safety” due to concerns regarding the global macro-economic outlook.

Popular on-chain analyst and Hypersheet co-founder Willy Woo spoke about this trend in a tweet from a few weeks ago, explaining that this is the environment Bitcoin was built for.

“We are undergoing flight to safety right now, BTC is looking for its bottom. But know that once the bottom is in there are strong bullish pressures ahead. It’s this economic environment in the years ahead that Bitcoin was built for.”

The confluence of Bitcoin’s bull-favoring technical outlook coupled with its growing fundamental strength suggest that the days and weeks ahead may be quite favorable for BTC investors.

Since its inception in 2009, Bitcoin’s price rise has been controversial across mainstream media.

While many analysts predicted Bitcoin’s mining difficulty will rise around 8 percent, few believed it would continue to increase at the same pace in the days following the adjustment.